You are here: Home1 / News2 / animal cruelty3 / Dog narrowly escaped hell of being tied out with cable around his neck

A dog in Houston, Texas, is lucky enough to have escaped his hellish life which left him tied up with a cable around his neck and little to no food. The dog is so lucky that his rescuers have dubbed him Lucky.

Lucky’s past is sorrowful – he lived an existence rather than a life and that existence was horrific. On Thursday morning, Good Lif3 Bully Rescue wrote:

He was LUCKY enough to escape the hell of being tied up with cable wire around his neck, abused and neglected. He was on the verge of dying but we will do EVERYTHING in our power to save him.

According to the rescue group, Lucky is heartworm positive and only weighs 38 pounds. He has an infected, painful wound on his testicles, as well as eye and ear infections. Suffice to say, he is in pain and has been in pain for far too long. 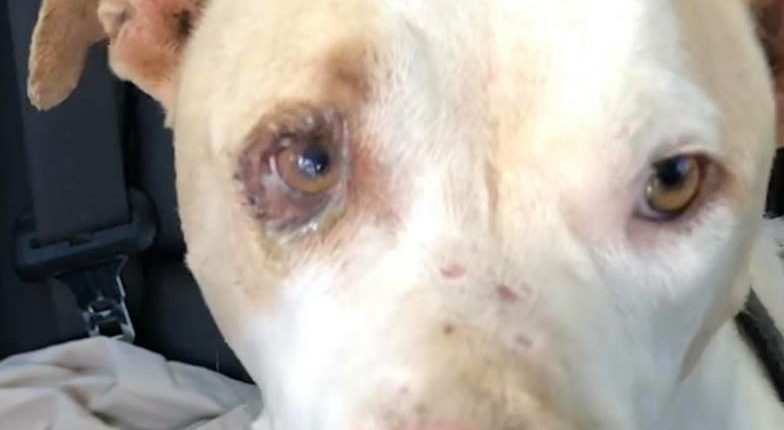 How can you help this neglected dog?

Donations are being accepted on Lucky’s behalf by the rescue group. Find their website here.

Per the rescue group, anyone who would rather donate directly to the veterinary clinic can message them for the appropriate information. Click here to find the group’s Facebook page.