We lost our kennel tonight. We are unsure how it started, we were right here and completely helpless within minutes.

According to the rescue group, they worked to remove as many dogs as they could from the burning kennels, but the situation quickly became too unsafe for them to continue their efforts. 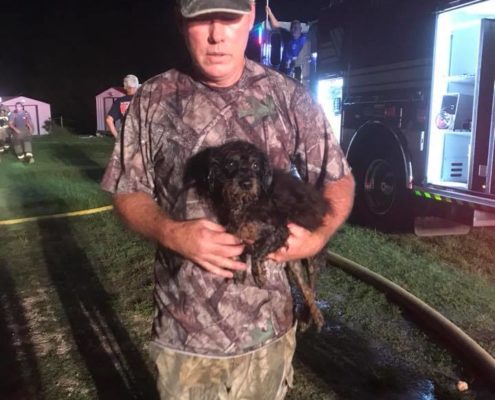 The rescue agency thanks those who helped

The rescue organization extended thanks to those who helped with the heartbreaking fire:

It is unclear how many dogs perished in the burning kennels. The rescue agency has requested help to rebuild after the horrible tragedy. Donations can be made via this link to the rescue group’s website.

Sweetest cats cuddle each other in animal shelter cage