Referred to as the “crazy Russian”, George Ragozin, 45, makes more than one-and-a-half-million dollars a year arranging hunting tours so that his wealthy clients can hunt exotic animals including endangered species. Are you feeling sick yet?

According to the Daily Mail, his clients can kill elephants, rhinos and lions and enjoy room, food, wine and daily laundry services. A ten-day hunting package starts at $5,000 which includes hunting a  wild wildebeest. Different exotic animals cost more money. Say you’re in the mood to hunt a zebra – fork out $21,000. Feel like killing a lion for $34,000, and the charges keep increasing as the species in the world decreases.

Now to get into the expensive killings. Want to shoot a white rhino  or an elephant? For five days, that hunt will cost some cowardly, rich hunter $55,000. That’s still not the ultimate hunting experience however. Ragozin will sell a hunter a week-long hunt for black rhinoceros for $550,000 – critically endangered animals. What the heck says Ragozin, who is of the conscience or lack thereof who claims killing wild exotic animals is good for them and benefits the wild animal population. 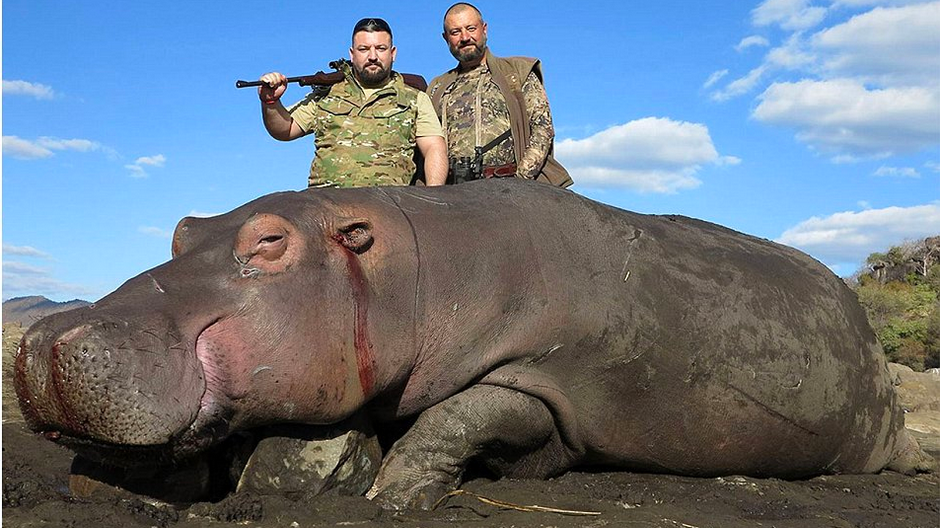 Ironically, Ragozin was trained as a doctor, so one would think he valued life no matter what the species, but the “crazy Russian” is all about the money, lamenting he didn’t make much of an income while being a physician. He now lives in South Africa and claims his trips are booked up to 2020. He claims his safaris in Zimbabwe, Mozambique, Burkina Faso and Namibia  are all licensed and legal. Ragozin recently came into the spotlight after photos of his children – younger than teens were photographed on kills with him. Critics claimed he was encouraging children as young as eight-years-old, to hunt by charging them $5.00 a bullet to kill wild animals.

It is important to note the African elephant population has decreased more than 30% in the last ten years. A hundred years ago, the elephant population stood at ten million. Currently it is estimated to be only 400,000 left. According to the World Wildlife Organization, southern white rhinos in Africa are still alive in protected sanctuaries and are classified as near threatened. The western black rhino and the northern white rhinos have recently gone extinct. The only three remaining white rhinos are protected under 24/7 guard in Ol Pejeta Conservancy in Kenya.

Read the latest animal news by “liking” the National Pet Rescue on Facebook.

Spa treatment for dog who spent 13 years on a chain… 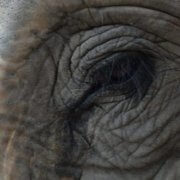 ‘Lifeless’ dog found chained in the woods – search is on for...