An outlandish claim, made by some cops on the police force in Illinois, has animal welfare advocates up in arms. According to The Week, law enforcement officials fear that working K9s will have to be put down if pot is legalized in the state…why? According to one K9 trainer, it would be “abusive” to retrain the dogs to not alert for marijuana.

Assistant Police Chief Steve Petrilli of the Normal Police Department is quoted in the Pantagraph:

“At this point, they’re trained on five different odors. Once they’re programmed with that, you can’t just deprogram them. I think the implications of that would be huge.”

A training director for the K-9 Training Academy in Macon County also alleges that some of the working K9s are not social enough to be rehomed. Another issue being cited is the cost for either retraining dogs or retiring all of the existing K9s and starting a fresh program with dogs who are not trained to sniff out marijuana. Officials worry that creating a new K9 police force would be cost prohibitive.

But many people are questioning the extreme allegation that the current working K9s may have to be put down…could the dogs not be retired? Or transferred to other states where marijuana is still illegal? There are a number of states which have legalized marijuana – but they have not indicated that their existing working K9s had to be put down because of it.

What do you think should happen with the drug-sniffing dogs? Should they be retrained? Retired? Transferred? Feel free to weigh in with your thoughts and suggestions. 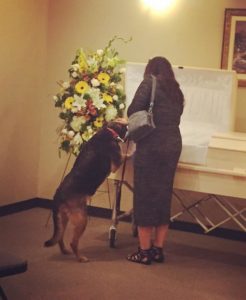 “Bag of bones” dies after being abandoned at a park – read the story here. 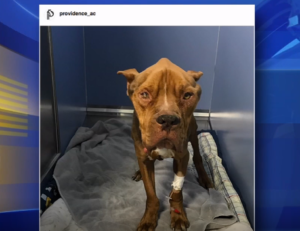