In Clayton County, Georgia, K9 Officer Odin was stabbed twice in the neck and jaw on Sunday while subduing a man alleged to have murdered his live-in girlfriend. Randy Young, 31, was arrested after police responded to reports of shots having been fired on the 1000 block of Garden Walk Boulevard. 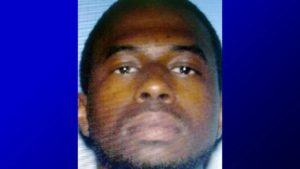 According to AJC News, when Clayton County police officers arrived with the Clayton County Fire and Emergency Services, a woman was found dead lying on the floor with multiple bullet wounds. The incident was the culmination of a domestic argument, and authorities stated the victim had entered the apartment with her relatives to pick up her belongings after the couple had broken off their relationship.

Young fired his gun at the woman – killing her and then took off by foot. Hours later, the suspect was located and stabbed Odin during his apprehension.

“Please keep K-9 Odin and Ofc. Baker in your thoughts and prayers. K-9 Odin was stabbed while assisting with apprehending murder suspect Randy Young this afternoon. K-9 Odin is now out of surgery and will have to spend some time in the hospital to recover from his injuries,” the Clayton County PD tweeted Sunday evening.

The good news is K-9 Odin’s condition is stable and he is expected to recover.

Young has been charged with malice murder, felony obstruction, aggravated assault, cruelty to animals and injury to a police dog. He is expected to appear in court on Monday.

Get well Odin – everyone is wishing you a speedy recovery.

More cruelty in India as driver chains stray dog to car and drags it over a...