You are here: Home1 / News2 / Dogs3 / dog news4 / Bungle has been freed: Chow puppy who nipped officer is back home 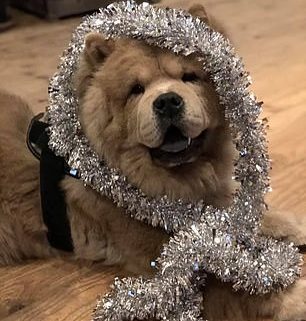 The 16-week-old Chow Chow puppy named Bungle has been returned to his owners. On Thursday evening, the Northamptonshire Police announced the puppy had been released subject to a control order.

According to Bungle Chow Chow Change.org petition page, Bungle had faced up to nine-months in puppy prison after biting a police officer who was trying to capture the escaped pooch hiding underneath a van tying up traffic last Friday. As the officer tried to pull the terrified puppy out from under the vehicle, Bungle bit the officer on his hand and arm. The injuries were only superficial.

The officers seized the puppy because the owner wasn’t available. Bungle had escaped through the gate of his home. After nipping at the officer, Bungle was brought into custody under the Dangerous Dog Act. His owners called out the warden’s actions as “callous and heavy handed” explaining the puppy was subject to extreme stress and pressure being caged at such a young age.

Thousands of people signed the petition to free Bungle, and this evening it happened:

“NOV 22, 2018 — Thanks to everyone who has signed our petition for the release of Bungle, the pup who was imprisoned for nipping the hand of a police officer.

We are pleased to announce that Bungle is free to go home to his loving family after common sense prevailed at Northamptonshire Police HQ.

This could have ended tragically but thanks to your support it did not. Let’s all keep up the fight for all dogs wrongly imprisoned.”

Chief Superintendent Chris Hillery supported the action of the police and stated Bungle’s release was not influenced by the intense media attention.

“The potential risk posed by the dog at that time is not diminished by its age or that it was frightened. Having already bitten the officer twice, causing puncture wounds and bruising, it would have been negligent to release a dog displaying such obvious aggression, regardless of the cause, without first ensuring both the dog’s and the wider publics’ safety.”

The officer bitten by the pooch is doing fine and is expected to make a full recovery. 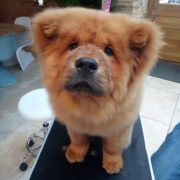