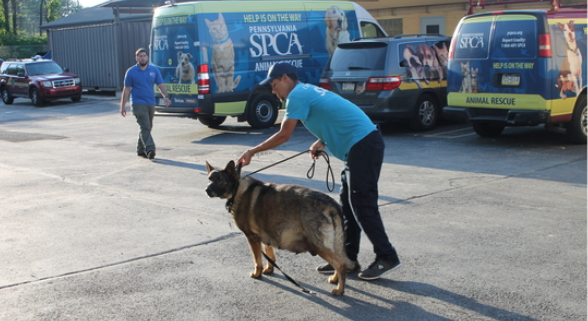 Five adult dogs, and 10 puppies, have been removed from the home of an unlicensed breeder in Lancaster County, Pennsylvania. According to multiple sources, officials with the Pennsylvania SPCA went to the breeder’s home on Thursday after receiving a tip that dogs on the property had been illegally debarked.

Unless a dog is debarked by a licensed veterinarian, with the use of anesthesia, Pennsylvania law prohibits the procedure. The manner that the breeder’s dogs were debarked is particularly cruel – according to WGAL News, a “pipe-type” object was pushed down the dogs’ throats multiple times in order to damage the vocal chords.

“The manner in which these dogs were devocalized is concerning on many levels, not the least of which is that it is illegal. These animals were debarked because it was a nuisance, and the inhumane manner in which the act was carried out can carry a felony charge.”

The fate of the dogs

All of the dogs and puppies were removed from the breeder’s possession. They are all receiving medical care at the PSPCA facility in Philadelphia. All of the dogs will eventually be made available for adoption.

Youngsters kick and kill mallard duck in brutal act of violence while laugh...