You are here: Home1 / News2 / Dogs3 / dog news4 / Brave dog leaps to aid of his 86-year-old owner during violent assault 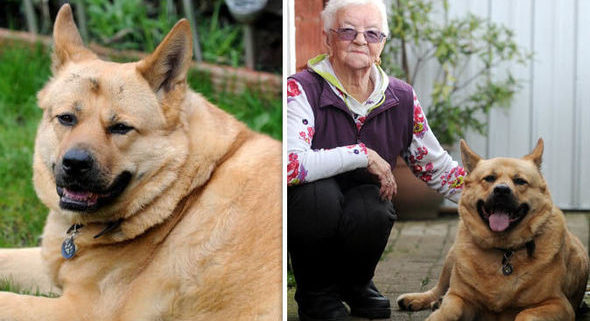 In Bolton, located in Great Manchester,  a brave dog came to the aid of his 86-year-old owner as a burglar launched a violent assault on the woman as she worked in her backyard garden.

According to the Express, Joyce Ackerley was approached by a stranger on March 13, and when she opened her gate to find out what he wanted, the man hit her with a bat knocking her to the ground in a violent assault. At that moment, her four-year-old Akita and German shepherd mix, named Axel, leaped at the man and knocked him to the ground before biting his arm. Shocked and in pain, the crook ran away.

“What the burglar did to me, I don’t want him to do to any other older person,” Joyce stated. “If Axel hadn’t been there anything could have happened.”

Axel also has an unusual story. When Joyce adopted the dog three years ago, her best friend had been rather aggressive and the family had considered putting the dog to sleep. Not too long after that Axel calmed down and began to follow the retired dressmaker everywhere she went in the house. The two bonded;  Axel even sleeps on Joyce’s bed – an indication how attached the they have become. 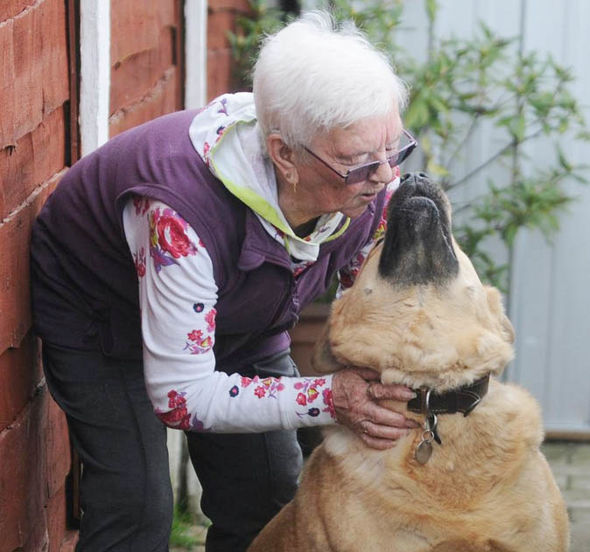 Axel, thwarting off a bat beating burglar, isn’t the first time the pooch has come to his mistress’ aid. One time another dog attacked Joyce – and there was Axel, protecting his loving human.

Joyce was not seriously injured and is recuperating.

The burglar has been described as 5’5″ tall, 25-years-old with a dragon’s tail tattoo on his arm. Anyone with information is asked to contact the Greater Manchester Police  on 101, citing incident number 1447 of 13/03/18. Protect our senior citizens, and help to bring this creep to justice.

(Photos of Axel who save 86-year-old screenshots via Swns) 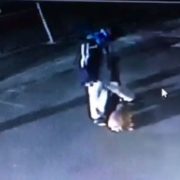 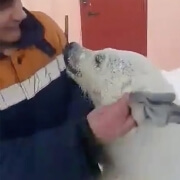 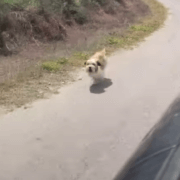 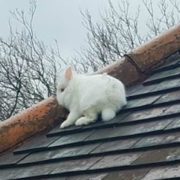 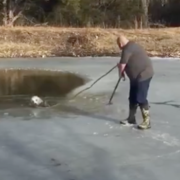 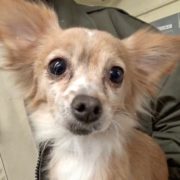 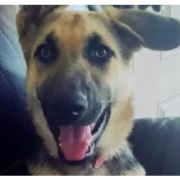 Newborn puppy stuck in vent until police and firefighters came to his rescu...