In a bizarre and disturbing discovery, the Laredo Sector Border Patrol rescued 25 puppies that were being illegally imported into the United States on Sunday. Officers in Laredo, Texas found the puppies in three duffel bags inside of the vehicle.

Adan Sandoval, 28, has been charged with multiple counts of cruelty to non-livestock animals. According to My SANews, Public Information Officer Joe Baeza, the dogs were in “pretty bad shape,”  and had been stuffed into duffel bags without food and water. The puppies’ coats were matted and encrusted with urine and feces as well as full of worms. 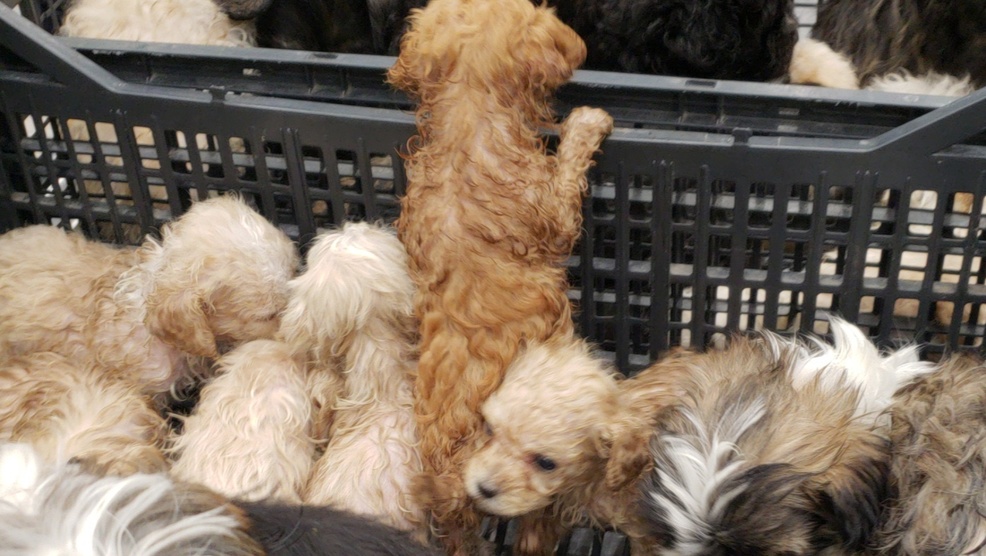 Sandoval,28, is from Nuevo Laredo, Tamaulipas, Mexico. He did not have the necessary permits and vaccination forms available, although he claims the puppies have all been properly vaccinated.. It is illegal to import puppies into the United States until they are at least six-months of age. The puppies and dogs are also required to vaccinated for rabies, distemper, hepatitis, leptospirosis, parvovirus and the parainfluenza virus.

Imported puppies and dogs must also have import permits from the U.S. Animal and Plant Health Inspection Service (APHIS)

The puppies have been taken to the Laredo Animal Shelter and will not be available for adoption at this time. Sandoval stated the dogs were in pet carriers, and stated he had no intentions of selling any of the puppies. The puppies are all reported to be doing well.

An investigation by the Laredo Police Department continues.

Yesterday in the news: Dog found abandoned in basement may have been there since February – the storyhere.

This little dog is a hero!

This gorgeous shepherd is terrified in her kennel run, but joyous outside

Adopted as a young pup – returned as an older puppy and now she is out...
Scroll to top