An artist in the Philippines has been slammed on social media after devising a self-made mini electric chair to execute a cockroach that had the misfortune of flying into the artist’s window on a hot day.

According to his Facebook, Gabriel Co Tuazon, caught the flying insect in an old matchbox on Wednesday and decided to design and build a mini wooden chair and connect it to battery wires and a light bulb. He then videoed himself strapping the insect to the chair, placing a metal lid on its head and plugging in the wires sending an electric current through the tiny body of the insect – the roach writhing in pain as the current penetrated its body. 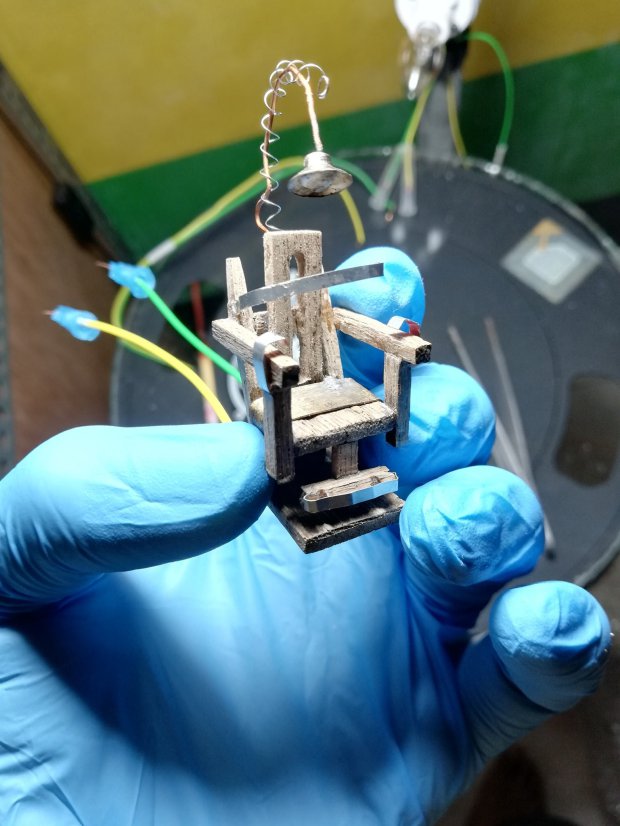 Once social media caught drift of the heinous video, the outrage and condemnation just poured out with viewers calling this act “animal cruelty.” Responses such as the following filled Tuazon’s page:

“How can anybody think that this is acceptable. Every living creature has feelings. This is animal cruelty and it should not be allowed.”

Tuazon, however had no regrets. The Metro reports the artist was unrepentant stating the cockroach “wasn’t supposed to come inside.” He didn’t want to hit the insect with any object because it would have messed up his working table. Instead he built the electric chair.

Still some people praised the artist, with one woman calling Tuazon a hero for spending two hours building a mini electric chair.

(You can watch the video on Tuazon’s Facebook page.)

For sure, it’s a scary world we live in. Your thoughts?