A moose calf, apparently abandoned, formed an unlikely bond with a Maine family’s German shepherd. According to multiple sources, the calf showed up at a family’s home in Wallagrass last week – her mom was nowhere to be found.

After seeing the calf on her property, Shannon Lugdon reached out to game wardens, who advised her family to leave the calf alone in case her mom was nearby. The next morning, when the calf wasn’t spotted, Ludgon’s German shepherd, Leo, was let outside. The moose calf, dubbed Maggie by the family, was quickly located by Leo, who wanted to be friends.

“I let Leo out to do his business and he walked right over and Miss Maggie and Leo became fast friends! I fed her then.  You can’t imagine how affectionate she was.” 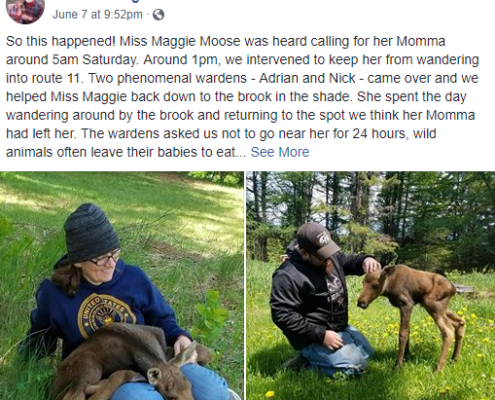 The moose calf is getting help

Maggie the moose calf seemed to be searching for her mom, but the mother never showed up. The calf, estimated to be just six days old, was picked up by a biologist on Monday afternoon and she was delivered to Maine Wildlife Park in Gray. 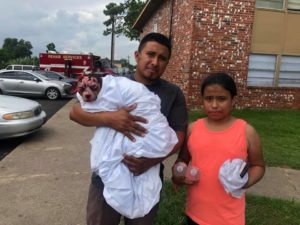 Dog without a tongue found roaming the streets in Detroit – read more here. 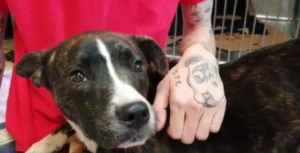 Raccoon scales Minnesota skyscraper capturing the interest of the world