You are here: Home1 / News2 / animal cruelty3 / Young pup left in car while owner went shopping at Walmart for 30 minu... 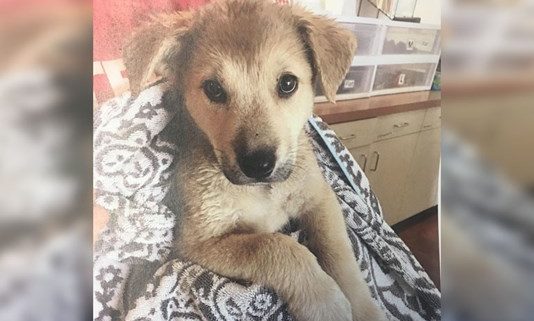 A man decided to leave his eight-week-old puppy inside of his car, which was parked outside of a Walmart in Manor, Texas, on Saturday afternoon. Thanks to concerned passersby, and a responding police officer, the German shepherd mix puppy named “Annabelle,” was rescued before the unthinkable happened.

According to KVUE News, the puppy’s owner, identified as 20-year-old Chandler Allen Bullen, is facing a misdemeanor charge of animal cruelty for his decision to go shopping for a half hour while his puppy was sweltering inside of the parked vehicle on an afternoon when the temperature had climbed to nearly 100-degrees.

Annabelle was found to not only be suffering from the heat inside of the car, but from neglect as well – officers noted that her little body was flea-infested and covered in lesions. Annabelle was taken into the care of the Austin Animal Center – her owner was transported to the Travis County Jail.

Showed up as bonded strays: Lenny and Louie begging to be rescued
Scroll to top