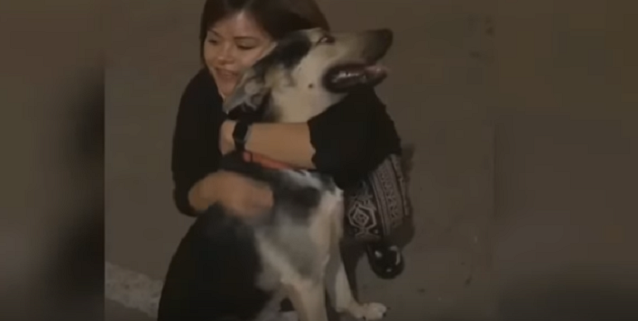 It’s a doggone mystery how an Arizona family’s dog wound up living in a small New York town, 2300 miles away from home. According to KVOA News, in September 2016, nine-month-old Max, a German shepherd mix, disappeared from his home with the Escarcega family.

After being gone for so long, hope of ever seeing the beloved pup again was lost. Max’s owner, Janet, told KVOA, “I can’t explain. I can’t explain. It was like a piece of me had gone missing.”

But fate intervened, with the help of the almighty microchip, and Max’s identity was revealed. Recently, Janet got an early morning phone call which let her know that Max the pup was alive and well – albeit very, very far from home. The news was so out-of-the-blue that Janet almost didn’t believe it – she told KVOA, “I couldn’t believe it I thought it was a dream.”

But it was true – Max was (is!) alive and he has already been flown back to Arizona to be reunited with his family. As for where he has been for the past 13 months…it will probably remain, a doggone mystery.

Is your pet microchipped? If so, is the information on the chip up-to-date with current contact information (this is critical!)?

New today: Cancer-stricken senior dog in need of a home – find out how you can help.