You are here: Home1 / News2 / animal cruelty3 / Wanted: Person who threw dog out of moving car 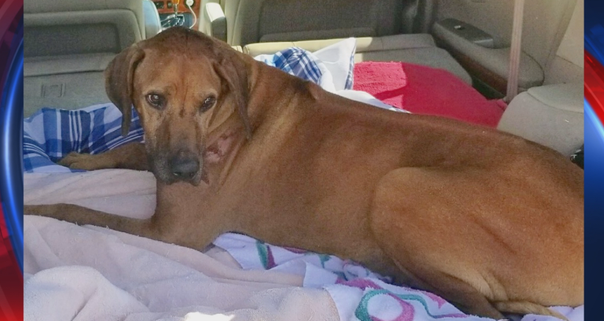 Wanted: Whoever is responsible for throwing an ailing dog out of a moving car in Henry County, Georgia. According to Fox 5 Atlanta News, on Thursday,  witnesses observed a large dog being tossed from a moving car on Zach Hinton Parkway and Highway 41 in McDonough.

The dog, a Rhodesian Ridgeback, was picked up by animal control on Thursday night, and then taken in by a Rhodesian Ridgeback rescue group on Sunday. Niki DeVito, with the rescue agency, said that a veterinary exam revealed that the dog was suffering from pneumonia, and megaesophagus, a condition which makes it difficult for dogs to swallow food and water properly. Dogs suffering with this disorder often aspirate food, which can lead to deadly pneumonia.

By Monday, the rescue group determined that the abandoned dog, with the debilitating disorder, was suffering and would not have a good quality of life, so he was euthanized.

Whoever callously tossed the dog aside was reported to be driving a white Chevrolet Impala with Florida plates. The authorities have determined that the vehicle had been stolen from a rental car agency.

Recently in the news: Puppy abandoned with bag of pizza and a note 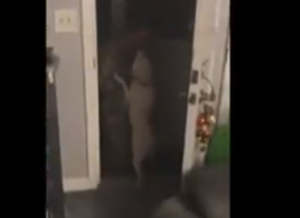 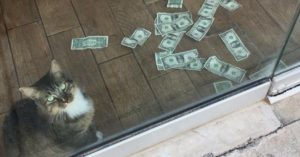 Cat broke all of his teeth trying to free his paw from hunter’s snare...