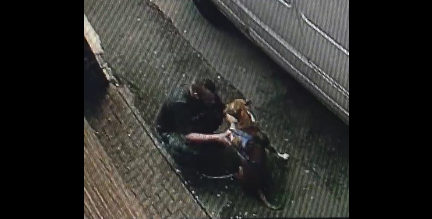 A video, recently uploaded to social media, appears to show a man viciously beating his dog. The video is hard to watch – a man is behind a white van and he repeatedly strikes a dog, in addition to hurling her onto the ground.

Accompanying the video is a description of what happened:

So earlier this afternoon this disgusting man assaulted his dog! I can’t believe how anyone can even do something like that to their own dog!! I don’t even want to imagine what he would do to the dog indoors. It knocks me sick even thinking about it

😔 and i’m hoping the dog is still ok. Please can everyone who lives in Oldham share this post around so we can find out who the actual owner is as he needs to be punished for this cruel act and have his dog taken away from him! When my brother confronted him he said its ‘ none of his concern’ a few times and let the dog off the lead and ran off after his dog. We have reported it but please share this as animal cruelty needs to be stopped and he needs to be found.

Even before the abusive actions are captured on video, the dog, who is said to be named “Narla,” appears to be terrified of the man. The dog’s tail is tucked and she appears to want to run away.

According to Tuesday’s publication of The Sun, there is a positive resolution to this disturbing situation. The dog in the video, as well as another dog, have been seized and a 35-year-old man has been arrested and he is facing a charge of animal cruelty.

The Greater Manchester Police had acknowledged that a case of animal cruelty in Oldham is currently under investigation.

64-year-old woman admits to participating in dog sex parties, but she is set free by officials – read why here. 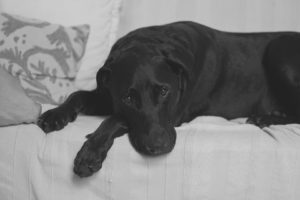 Desperate woman found burned German shepherd and had nowhere to turn for he...