You are here: Home1 / News2 / animal cruelty3 / Utility worker accused of shooting dog inside of her own yard 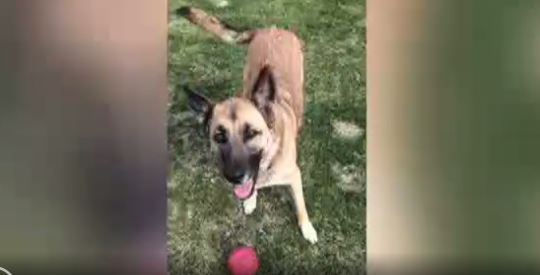 A utility worker, reported to be contracted to do surveying work for AT&T, is accused of fatally shooting a dog in Michigan last Friday. According to multiple sources, the worker shot the four-year-old dog “point blank” while she was in her own yard, which is surrounded by an invisible fence.

The dog, named “Katie,” belonged to Douglass and Michael Eiben of Livonia – the brothers are devastated that Katie was killed on her own property. The utility worker, with Metro Engineering Solutions, allegedly shot Katie from neighboring property where he was attempting to read a meter.

According to Fox 47 News, the employee is currently on leave while the incident is under investigation. A spokesperson for the company was unable to answer whether or not employees are allowed to carry guns while on the job.