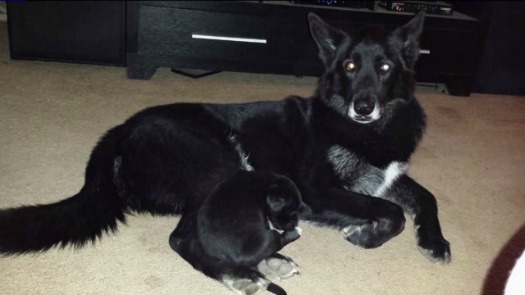 In Aurora, Colorado, the family of a black German shepherd named Capone, rescued nearly a decade ago, is being held captive by Aurora Animal Control as they claim the dog is a wolf-hybrid. In the city of Aurora, it is illegal to own any wild animal hybrid, although Colorado law states as long as a dog is at least 1% domesticated, it’s legal. Aurora’s local law, however overrides the state law.

Tracy Abbato, the owner of ten-year-old Capone, rescued the dog from the Adams County Animal Shelter where he was classified as a German shepherd mix. The family’s veterinarian also agrees, but someone at the Aurora Animal Control insists the dog is a wolf-hybrid. On February 24, Capone jumped the fence in the family’s yard – the first time in seven years since the family lived in the neighborhood. That day Aurora Animal Control picked Capone up, and when his family went to the shelter to claim in, they were refused.

According to Channel 9News,when Tracy asked Animal Control to be more specific as to why they think Capone is a wolf-hybrid, the explanation was vague at the least:

Michael Bryant, associated with the Aurora Animal Shelter, said officers think the dog could be a hybrid based on “experience and behavior” but did not go into the details of the case because it’s under investigation. The DNA test results are expected to take two weeks. Meanwhile, the family’s young children are taking the separation very hard – Capone used to sleep with them at night. The family faces charges of having an aggressive animal and for the dog running at large. Maybe the dog was frightened when caught by Animal Control? It all seems rather peculiar for Capone to be characterized as “aggressive” when he has been with the same family for ten years and sleeps with 11-year-old Ciara Abbato every night.

Just putting all of this into perspective, a family who cares and loves their dog has to spend time and money fighting to get their dog back based on an opinion, while animal cruelty and neglect run rampant in this country?

The family is expected to appear in court on Wednesday to answer to the charges. 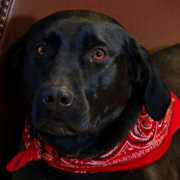 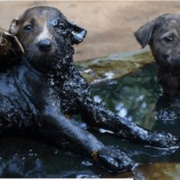 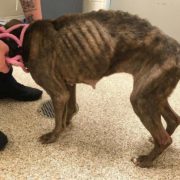 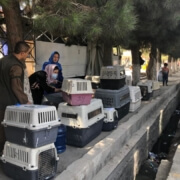 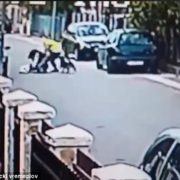 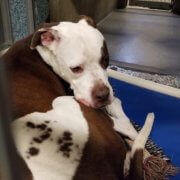 One year since Maximus’ owners divorced and sent him to shelter 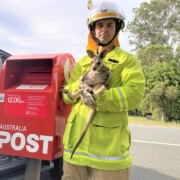 Puppy survives being thrown from bridge
Scroll to top