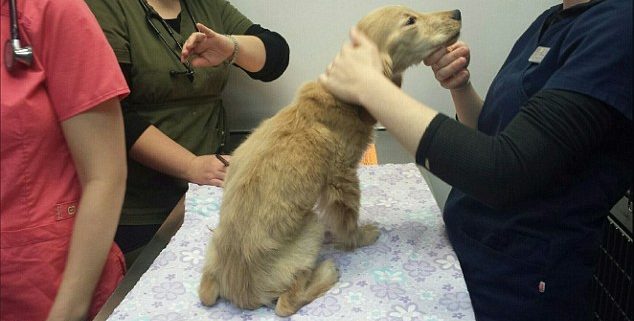 An 18-year-old student at the University of Oregon left his apartment, and his puppy, and returned to his home in China. According to Eugene Animal Services, the cruel situation was discovered when the 18-year-old male emailed his apartment’s property manager to let him know that he he thought that his dog was dead inside of his former residence. 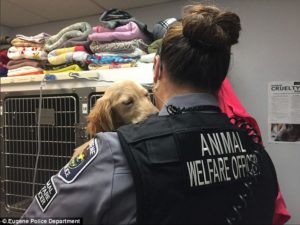 The property manager reached out to the local authorities and on November 30, an animal welfare officer responded to Uncommon Apartments to investigate the report of an abandoned animal. Inside of the unit, the officer found an emaciated and lethargic golden retriever puppy who was too weak to even stand. There was no food or water available for the gaunt puppy and it is unknown exactly how long he managed to survive on his own. 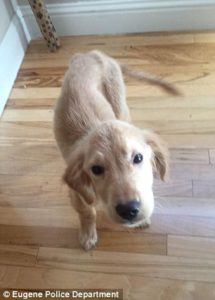 The puppy, who was estimated to be approximately four-months of age, was taken to the Emergency Veterinary Hospital where he spent two days receiving “around-the-clock” care. After the pup, dubbed “Jake,” was stabilized, he was transferred to First Avenue Shelter and moved immediately into a foster home to continue his recovery.

It took two months, but Jake finally reached a healthy weight and he was adopted by the family that had been fostering him. According to the press release, attempts to contact the student who abandoned Jake in the apartment have been unsuccessful. An investigation revealed that the teen had left the country on October 29.

She couldn’t refuse: Rescuer heard a cat cry for help over the phone
Scroll to top