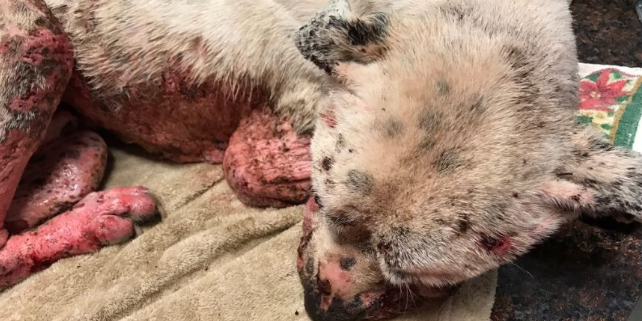 There is a bitterly sad update on an emaciated dog who was found with extensive burns over his body. According to Live 5 News, the grievously wounded dog, who smelled of gasoline when he was discovered on Tuesday, could not be saved.

The young dog was picked up this week by an animal control officer, and then taken to the Francis R. Willis SPCA in Summerville, after he was discovered wandering in a woman’s yard off of Quaker Road in St. George. The wounded dog was unable to walk and was in shock when he was found. He was taken to the Charleston Veterinary Referral Center to be evaluated.

Kelly Harrold, Marketing & Development Manager for Frances R. Willis SPCA had commented on the dog’s pitiful condition shortly after he was taken in:

“He’s burned off all his fur on his legs and the underside of his body. He’s riddled with fleas. He’s not well-taken care of. He’s purely emaciated. This is one of the worst cases we’ve ever received here at Frances Willis.”

Though this dog’s short life was obviously comprised of severe neglect and cruelty, in his last moments, he was provided with love and compassion. Shelter Executive Director Kim Almstedt explained in a release.

We did everything we could and even though this dog in critical condition passed, his last moments were surrounded by love and compassion. For a brief moment, I have to believe he felt my hands on his back and knew he was loved. His past, whatever happened, was now truly in the past. His future is bright and filled with no pain.”

An animal cruelty investigation has been instigated – anyone with information is asked to call the Dorchester County Animal Control at 843-563-0015.

Prior article about this sad situation here.

Your comments are welcome below. 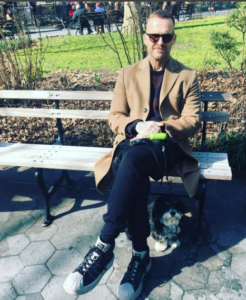