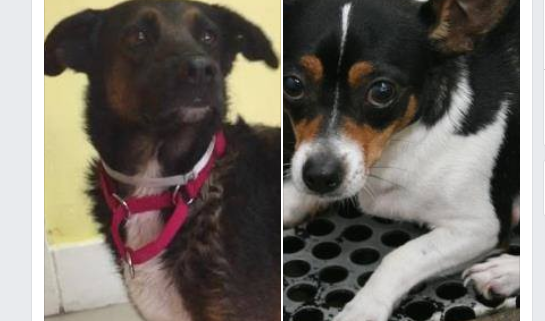 A full, long life was apparently not meant to be for a dog named Yogi. According to Philadelphia’s non-profit rescue organization, Saved Me, Yogi survived not one, but two hurricanes, only to lose his life this week in a devastating fire.

On October 25, the agency advised its Facebook followers that the shepherd mix had recently been transported from Puerto Rico and he was just starting his search for a new home. Before the happily-ever-after of adoption could happen, Yogi’s life was snatched away when a restaurant fire began next door to Doggie Style, the business where Yogi was being held.

Yogi wasn’t the only canine victim of Wednesday’s deadly fire – another dog named “Precious,” also died from smoke inhalation. The Chihuahua mix had been rescued from a hoarding situation and was also awaiting her own “happy tail.”

The rescue group recounted the tragedy:

It is with deep sorrow that we must report that two of our rescued dogs perished from smoke inhalation during the fire in a building adjacent to one of our adoption locations. Our nearby volunteers were on the scene but were denied access because the smoke had already engulfed the surrounding buildings and entire area. The heroic firefighters tried to gain access but the smoke was too heavy.

Both were learning to make their way.
Both loved other dogs.
Both were learning that people are good.
They were taken from us too early by the fire that destroyed Bridget Foy’s restaurant early this morning.
We are missing them so much.
They will always be remembered by our staff and volunteers and the staff at Doggie Style Pets.
Rest in Peace little ones.

Suffolk County man with history of dog abuse charged with having sex with h...