According to WREG News, the suspects are accused of shooting the family’s four-year-old pit bull in the leg on Thursday – it is believed that the dog was shot through a window because he was barking at the want-to-be intruders.

The thieves didn’t make off with much from the home – they were found with a stolen Xbox, games and a jar of change. Spot had to undergo surgery for his leg injury, but he is expected to make a full recovery. 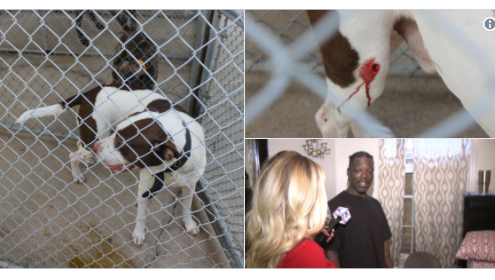 Recently in the news: Police officer rescues kitten and raccoon found huddled together in dumpster

After a lifetime of neglect, will anyone ever give this senior dog a home?
Scroll to top