An animal shelter in Houston, Texas, has announced the receipt of a personal donation from President Trump, and his wife, Melania. On Thursday, the Houston Humane Society made an official announcement about the donation:

The donation check arrived yesterday, and it included a wonderful note as well.

The shelter expressed gratitude for the money received:

We are incredibly honored to be one of only 2 animal welfare groups, and the only non-national, to be chosen to receive a personal donation of $25,000 by President Donald J. Trump and First Lady Melania Trump to help the Houston Humane Society continue our efforts in rescuing, treating, caring, and housing animals in the wake of Hurricane Harvey.

“Animals are truly non-partisan members of society, can use help from both sides of the aisle. Our shelter is so grateful for the first family’s decision to make animals a top priority as Houstonians work to rebuild our city from the devastation left behind by Harvey.”

The animal shelter has stated that the funds from the President and First Lady will be used to help pets and their human parents in the aftermath of Hurricane Harvey. As to the method (via Facebook) which the animal shelter selected to share the news, the Houston Humane Society stated:

We were contacted by multiple news outlets and many concerned supporters asking us to verify if the donation was real. This seemed the easiest method to update everyone at once.

Recently on the Pet Rescue Report: Abandoned kitten taken “under the paw” of nurturing dog 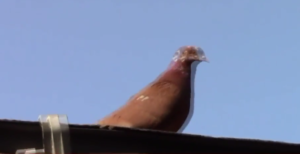 Crackdown on sales from puppy mills in California pet stores if governor si...
Scroll to top