You are here: Home1 / News2 / Dogs3 / Terrified dog dies while trying to get away from fireworks 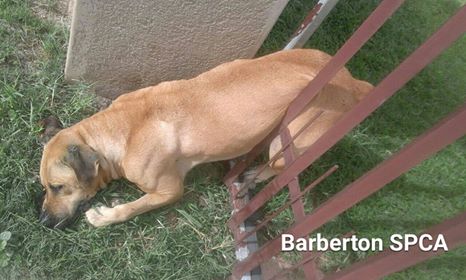 A dog, terrified by the booming of fireworks, died after being impaled on a fence, while attempting to flee from the overwhelming sounds. A heartbreaking image of the deceased dog was posted to Facebook by the Barberton SPCA (in South Africa), along with harsh words for the people who set off fireworks:

THIS is why fireworks need to be banned!!! Everyone who fired fireworks last night, this dog died because of you.

The sad image has been shared over 22,000 times and more than 1,000 people have left comments on the post. Though many people wanted to point the finger of blame to the dog’s owner, the SPCA offered words of defense, stating, “The dog was closed away, in a separate area last night, and broke out if that too, the owner is a police officer who had to work last night!!!”

Some people noted that the fencing is quite narrow – likely adequate to keep a dog contained if not for the terror caused from the firework explosions.

Another dog, in Melbourne, Victoria Australia, also died after running from illegal fireworks and being impaled on fencing – the dog, a seven-year-old Labradoodle, had been inside, but broke out and ran when the fireworks were being set off.