You are here: Home1 / News2 / Hunting3 / Ten-year-old girl revels in the attention after shooting her first black...

In Hartman, Arkansas, a ten-year-old girl has been garnering a lot of attention – much of it critical, after killing a black bear just days after hunting season began. Ayla Highfill has already hunted and killed deer, squirrels and other animals and looks forward to hunting more prey. 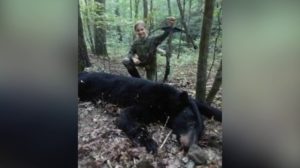 According to News5, Ayla and her father Cory went on a hunting trip over the weekend. When Ayla heard noises of leaves crunching, she soon spotted the huge black bear walk by.

“When I shot it, it just kind of ran towards us and then in a big circle and it went down a hill,” Ayla stated.

According to her father, he set his daughter up for the shot.

“In the culmination of a hunt like that, you’re 19 yards from a grown black bear with a kid. You know they’re learning a lot about poise and self-control and self discipline. For me, that was a big deal to share all of that with her and see it materialize into something she is proud of,” Cory told reporters.

Ayla has been hunting since she was six-years-old and says it is one of her favorite hobbies. Her father said the family did eat the bear meat, and Ayla intends to use the bear’s fur for an area rug in her bedroom.

If you are wondering about a minimum age for hunting with guns, Arkansas laws are as follows:

No age limit under the direct supervision of a hunter w/ valid hunting license & 21+ yrs old.
· Hunter education is required if born after Dec. 31, 1968
· At 16 years of age a Arkansas hunting license is required
· http://www.agfc.com/

Some states have no hunting age requirements for big game hunting, but most states have a minimum hunting age. Most states require some sort of hunter education course and firearms safety instruction is a must. Every youth hunter should be familiar with the firearm and it’s safety before venturing out to hunt. For more information about your state, click here. 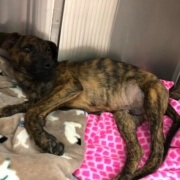 Four-month-old puppy stuffed into cardboard box, covered with leaves and left in the alley for trash pick-up 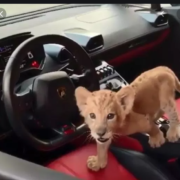 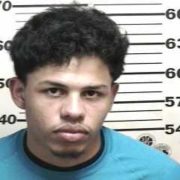 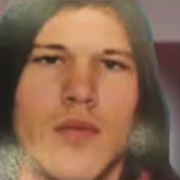 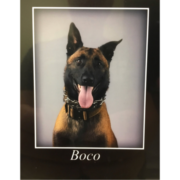 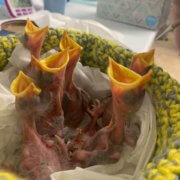