This week, a television crew, covering the devastation of Hurricane Harvey, found a young possum shivering in the rain in downtown Houston, Texas. According to the Miami Herald, it was NBC Dallas reporter Brian Curtis who spotted the exhausted animal who was huddled on a bridge, trying to survive the never-ending deluge of rain.

The image of the tired opossum was circulated widely on social media and many people expressed outrage that the crew merely filmed the animal, rather than offering him help. Upset animal lovers may be the reason that the NBC News link about the sad situation is no longer available

There is, however, hope that the possum was helped. A post was made to Facebook indicating that rescuers were going to be dispatched to the bridge to search for the tired animal. 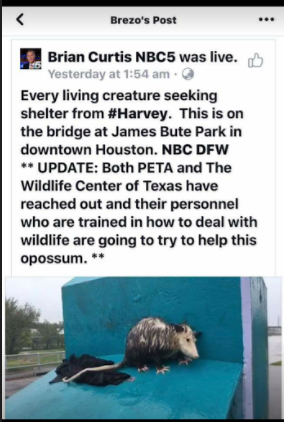 No word on the possum’s ultimate fate. This creature, like so many others, helpless in the wrath of the massive storm which continues to dump rain. 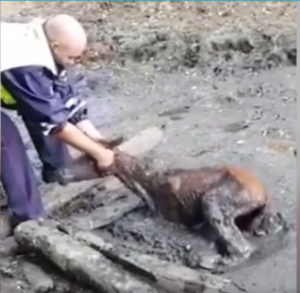 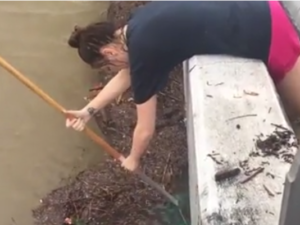