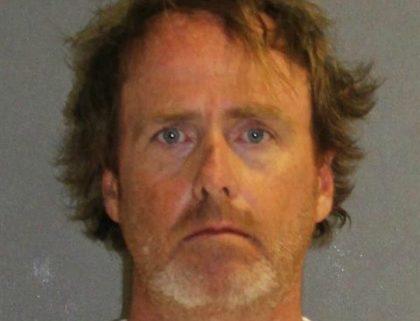 Ponce Inlet Police in Florida charged the owner of a nine-month-old Lab retriever with animal cruelty after the puppy was found dead on Saturday night at a home on Aurora Street. Authorities responded to calls from neighbors who reported hearing a loud noise. Another neighbor heard a dog yelping in fear and obvious pain. 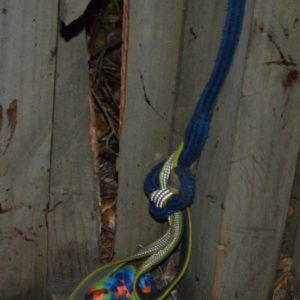 According to WeshNews, Travis Archer, 43, was arrested for pummeling  his black Labrador retriever named Ponce to death. When police arrived, they saw a hole in the wall where Archer threw the dog. They also found a bloodied knot rope he allegedly used to repeatedly beat the dog; a part of the fence had been broken and there laid Ponce. The puppy had been chained up and left to die with his head resting against the fence. Police stated the dog appeared to have been gagged and had been bleeding severely from its mouth. Officers said they also found blood stains all over the fence next to the dog’s body. 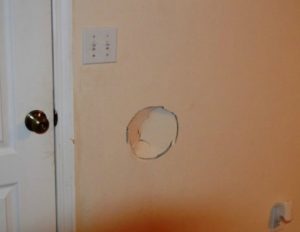 Archer defended his actions telling officers, after he arrived home and found the mess, he hit Ponce twice in order to discipline him, but claimed the dog bit him in the hand. Police found only a small cut on his hand. He refused to comment about the puppy’s death.

It was a bloody scene,” Police Chief Frank Fabrizio said. “Very sad, this sub-human should never be able to own an animal again,” told the Daytona Beach News Journal. Ponce weighed about 70 pounds and  no other pets were found in the home. Archer now faces charges for felony animal cruelty that caused death, pain and suffering

Archer remains in the Volusia County Branch Jail without bond until facing a judge on Sunday. 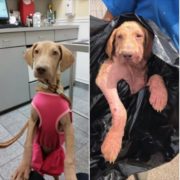 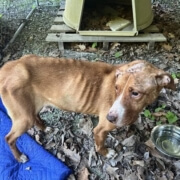 Ball thrown for emaciated dog, then car that she was dumped from drove away 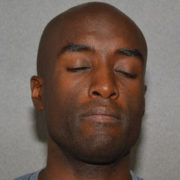 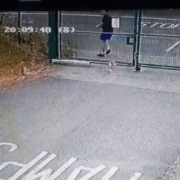 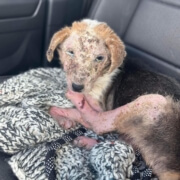 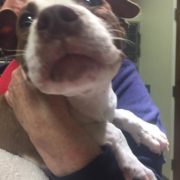 In the nick of time: Ingrid, 8-week-old puppy found with intestines exposed

As sad as this puppy appears to be now, her future promises lots of love and happiness
72 replies

$6,000 reward offered in case of cat doused with gasoline and thrown in garbage...