You are here: Home1 / News2 / Odd News3 / Spirited cockatoo raises his feathers and barks back at three dogs 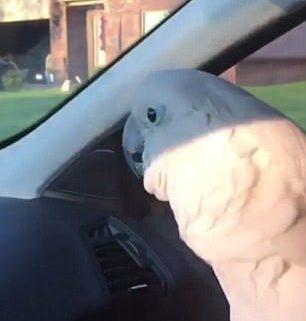 In Benton, Arizona, there lives a spirited cockatoo named Casey. Just this week, a video emerged on social media showing Casey having a slight “dither” when he just felt the need to bark back at three small dogs. 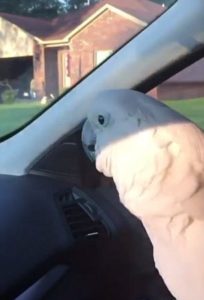 The video begins with the adorable white cockatoo riding in the front seat of his owner’s car when they spot a small dog looking into the window of the vehicle and barking at Casey. Well, admittedly the pooch had likely never seen such a strange creature with white feathers looking back at him; much less barking. Casey, on the other hand, handled the drama by raising his feathers high atop his head. Rather indignant, Casey barks back.

And then the other two dogs heard the barking and ran towards the fence to join in the cacophony, but all the while Casey refuses to back away. The video, which was originally posted on August 23 can’t help but make us smile. 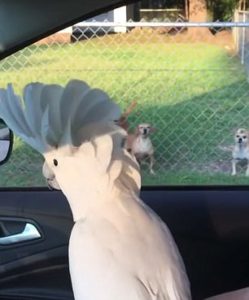 Check out the video as posted by the Daily Mail here: 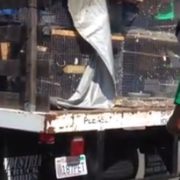 Thousands of animals, many dead, found in California warehouse
0 replies

Owner charged with beating dog with club to put dog ‘down’