You are here: Home1 / News2 / animal cruelty3 / Someone abandoned a puppy in a diaper box left out in the cold

A puppy suffered from the effects of hypothermia after someone abandoned him in a diaper box which was left outside of Woodgrove Centre in Nanaimo, Canada, earlier this week. According to CTV News Vancouver, the BC SPCA has launched an investigation into the situation which could have killed the young pit bull puppy.

Leon Davis, manager of the Nanaimo shelter branch, told the news agency, “[The puppy] was not happy and looked in distress, it was obviously confused and didn’t know what was happening to it.” Whoever left the pup in the public area may have had good intentions, but abandoning the puppy in the cold could have been fatal because of the cold…and it’s a crime.

Davis stated, “A maximum fine for abandoning an animal for this is $75,000 and potentially two years in jail is the maximum, so it’s a very serious crime.  My concern right now is are there any other puppies from this litter, and where could they be and do they need help.”

The pup, dubbed Hugo, is recuperating in a foster home, and fortunately, he is expected to make a full recovery. According to Victoria News, Hugo will be made available for adoption when he is healthy.

Today in the news: 160 dogs rescued from a U-haul
Recently in the news: Woman mourns loss of her dog who died after being mauled at boarding facility 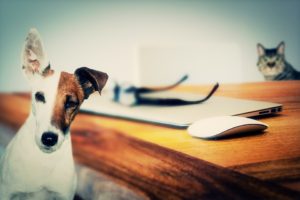