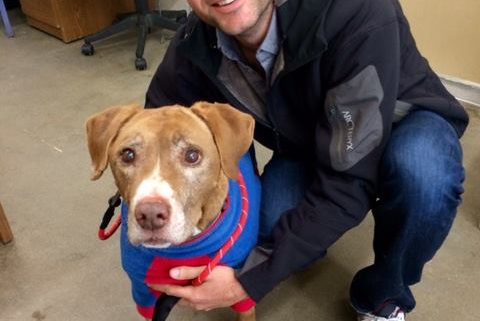 A handsome man recently adopted a senior dog and social media has gone crazy. The dog with a new home is “Donuts,” a nine-year-old pit bull mix who was recently diagnosed with cancer and his new owner, the man who gave the senior dog a home, is Matt Evans.

Donuts’ plight was initially posted to followers of the Susie’s Senior Dogs Facebook page and then, the same popular page updated fans that a home had been found – the photo of Donuts’ new dad inspired an outpouring of admiration for the handsome man.

On January 16, Susie’s Seniors alerted fans that the senior dog had been adopted – photos of the pair lit up social media (shared over 20k times so far!):

It’s official! 9 year old Donuts, who was diagnosed with cancer while still at the shelter, got ADOPTED!!

We are so thankful to Donuts’ new dad Matt who has taken him in to give him the best of what life has to offer, even with the understanding that Donuts time may be limited. Donuts is still in the early stages of his diagnosis but living in the shelter was very hard for him. And he didn’t want to be there any longer. Matt scooped Donuts up this weekend and they’ve already started living life as any dog would dream — chasing squirrels, long walks and man-to-man talks! 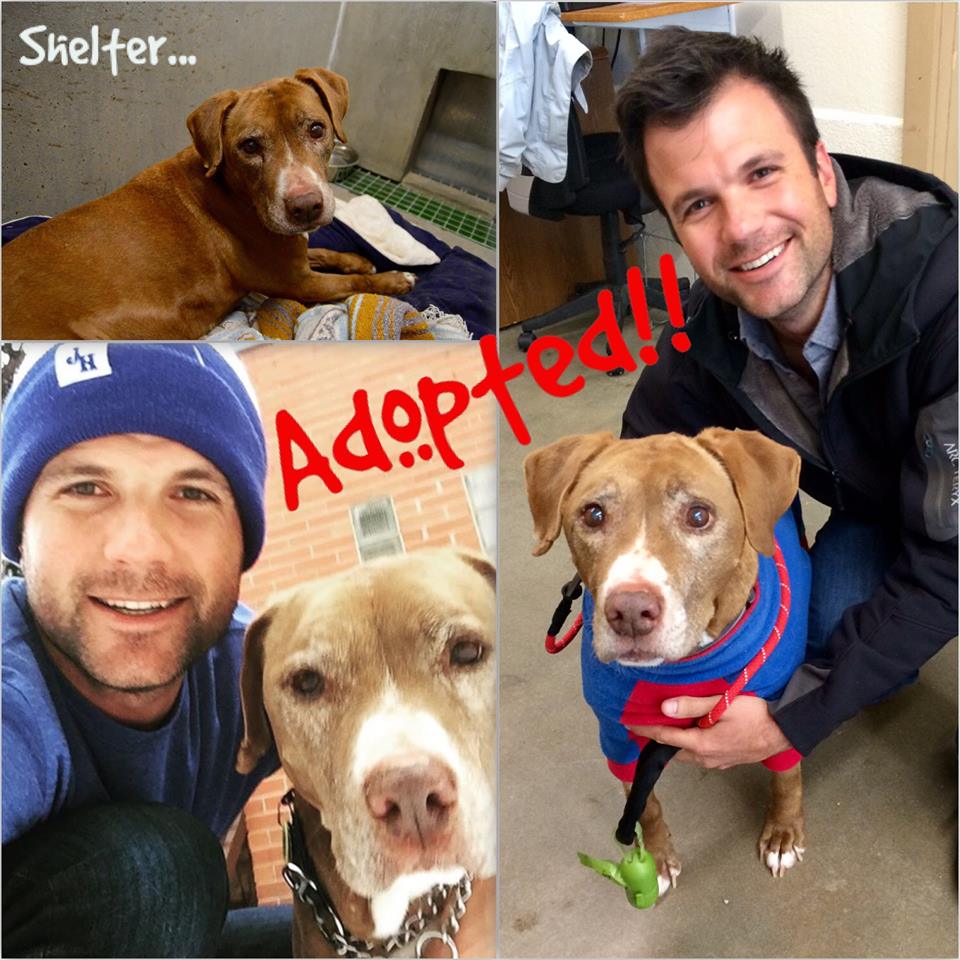 On Thursday, Susie’s Senior Dogs commented on the unexpected outpouring of attention the post (and the handsome adopter) received:

When Matt adopted 9 year old Donuts this past weekend from Ark-Valley Humane Society, he clearly had no idea the outpouring of love that would come their way. He and Donuts have fallen right in to step with each other, doing all the things that humans and beloved pets like to do. The only thing Donuts needs help with now is learning how to relax on car rides, advice and tips are welcome!

According to 9 News, Matt has been overwhelmed by the response – he even had to turn off the comments on Facebook because his mom was reading and some of the posts were “awkward.”

As for the dog at the center of the story – he is going to have the cancerous tumor surgically removed and after that, he is expected to be “cancer-free.”