You are here: Home1 / News2 / Dogs3 / Sickly dog allowed to stay with family 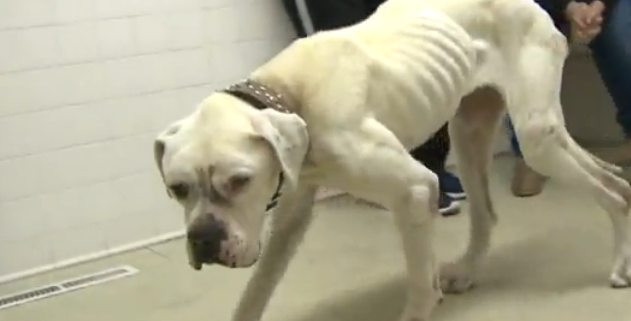 A sickly dog, obviously underweight and not in the best health, is being allowed to stay with her family – at least for the time being, reports Fox 31 Denver. The condition of the seemingly neglected 10-year-old boxer, named “Estrella,” was brought to the attention of the local Denver animal control agency because neighbors were concerned that she was dying.

Denver Animal Protection investigator Daniel Ettinger described the senior dog’s current condition, “One being extremely emaciated, nine being overly obese. And you look at this dog, without getting hands on it, probably 1.5 out of nine.” In addition to being underweight, Estrella is suffering from an eye infection and she has open sores on her legs. 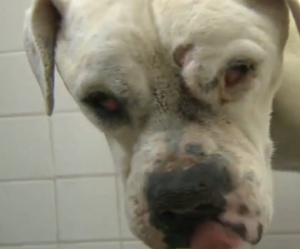 Why, you may ask, is she still with her family? According to Denver Animal Protection, a dog’s owners have the right to provide their pet with care – and so far, Estrella’s family is doing what has been asked of them. Ettinger stated, “We will do what’s right in this situation and and we have to allow the dog owner to do what’s right and so far they are.” Ettinger noted that the situation often boils down to educating the dog’s owner about proper care – rather than seizing a pet from his or her family.

The animal welfare agency is monitoring the situation and they have stated that they will step in on Estrella’s behalf if necessary. 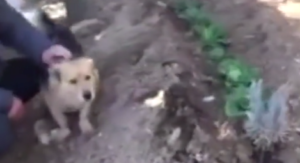