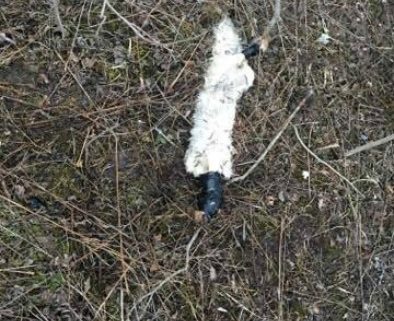 Heartbreaking photos of a  small Shih Tzu found dead with its face and feet bound with electrical tape has led to an animal cruelty investigation ordered by the Genesee County Sheriff’s Office in Vienna Township, Michigan. On Sunday, Genesee County Sheriff Robert Pickell posted two photos on his Facebook page of the tiny dog whose body was discovered earlier in the week.

According to the sheriff, the dog’s body was found near the South Creek Mobile Park.

“My office is actively investigating this case. It is imperative the individual responsible for this gruesome act is caught and not allowed to do this to another defenseless animal. This is truly one of the most disturbing cases I have seen in my years of law enforcement,” the sheriff stated. 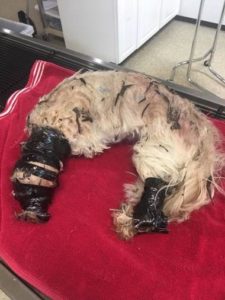 A motorist traveling along Frances and Saginaw Roads found the dog. It is unknown how long the dog had been dead.

On February 7, Sheriff Pickell posted photos of two malnourished dogs discovered on Flint’s northern side. The dogs had been beaten and abused by a man using a metal pipe. On arrival at the home, deputies observed one dog chained to a tree, living in an un-insulated dog house. Another dog had been living inside a broken down vehicle. Both dogs appeared to have severe trauma to both sides of their face, and were at least ten pounds underweight. They were taken immediately to be treated for their injuries. Their photos led to the arrest of Lavelle Gullette, 52, who through a plea deal, was able to plead no contest to reduced charges; he was sentenced to pay a $375 fine.

The sheriff continues to advocate for stronger punishments for animal abusers and encourages citizens to contact their elected representatives. Anyone who has information about the horrible death of the Shih Tzu is asked to contact Detective Sgt. Jason Murphy at the Genesee County Sheriff’s Office at 810.686.8622. 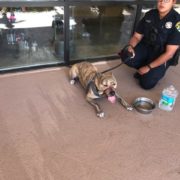 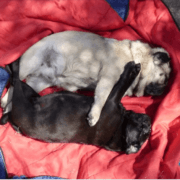 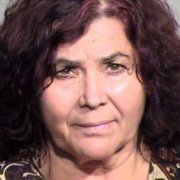 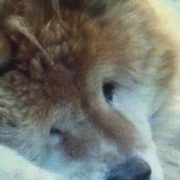 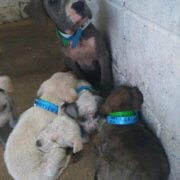 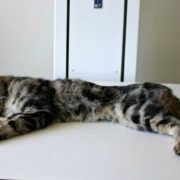 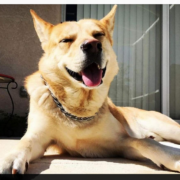 Senior dog, possibly deaf, lays in bed shaking after her family gave her up