You are here: Home1 / News2 / Dogs3 / Sheriff’s Office employee accused of stealing dog and then trying... 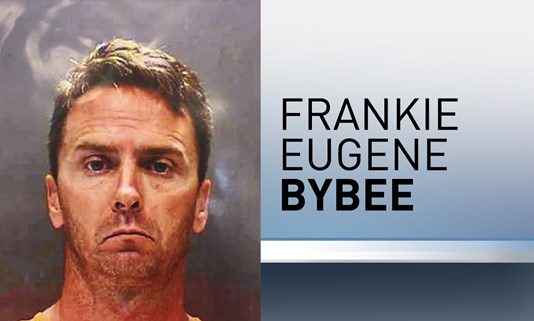 An employee of a Sheriff’s Office in Florida is accused of multiple disturbing crimes. According to Monday’s CBS News, 46-year-old Frankie Eugene Bybee, an 18-year veteran of the Sarasota County Sheriff’s Office, allegedly sold an elderly woman’s dog, defrauded the woman, and then tried to kill her.

In October, Bybee had been entrusted to care for the 79-year-old woman’s dog while the woman was hospitalized. Without giving warning, or gaining consent from the woman, Bybee allegedly sold the dog on Craigslist. Bybee’s alleged transgressions did not end there.

The man is also accused of defrauding the woman – in a press release, the Sarasota County Sheriff’s Office explained:

On January 9, 2017, an envelope addressed to Bybee was delivered to the agency’s main office, located at 2071 Ringling Blvd., Sarasota. Within the envelope, detectives seized four checks belonging to the victim, made out to Bybee and his three children for a total of $65,000. When shown the checks, the victim stated she did not address or sign them. Bybee was immediately placed on administrative leave. A forensic analysis led latent print examiners to the discovery of Bybee’s fingerprint on one of the checks.

In mid-January, Bybee is accused of entering the woman’s home, without authorization, and allegedly forced the elderly woman to consume prescription medication and then left a car running in the woman’s garage, filling the home with toxic fumes. The victimized woman did not die, but her alleged abuser is facing a multitude of charges for the rash of cruel incidents.

With signed arrest warrants, detectives today arrested Bybee and booked him into the Sarasota County Jail, where he faces charges of Attempted Murder, Battery on a Victim 65 Years or Older, Burglary of an Occupied Dwelling, Exploitation of the Elderly, two counts of Grand Theft, Forgery and Petit Theft. Pursuant to Florida statute and in line with the formal process that upholds the rights of sworn personnel facing disciplinary action, Bybee will also be presented with a proposed discipline of termination

The community should know that the actions of Mr. Bybee are in no way reflective of the nearly 1,000 other men and women who serve the public with honor and integrity. It is beyond unacceptable that an individual who works in a position of trust and guardianship to their community, is capable of such heinous crimes. His actions are a disgrace not only to our agency but to law enforcement professionals everywhere. As soon as we learned of these allegations, we took quick action to begin an investigation and in moving forward, will continue to look at the totality of this case. Now that he is off our streets and behind bars, we will let the criminal justice system will take its course.”