The search continues for a U.S. Army Veteran and her dog, “Boogie” – the woman, 37-year-old Julia Jacobson, hasn’t been seen since Labor Day weekend. The last confirmed siting was on September 2 in Ontario, California.

Jacobson’s friends and family have been searching non-stop for the missing woman, and a Facebook page (Help Find Julia Jacobson-San Diego Missing Person) has been created. On September 22, an informational post about Jacobson, and her dog, was made for page followers:

For our new followers, Julia’s dog Boogie, a Wheaton Terrier is also missing. Boogie is 42 pounds and has a short tail. She is chipped and the manufacturer has been notified. Boogie just had a haircut so her hair is on the shorter side!

Julia & Boogie were last seen in Ontario, CA on September 2 around 8:00PM-almost 3 weeks ago! #search4julia 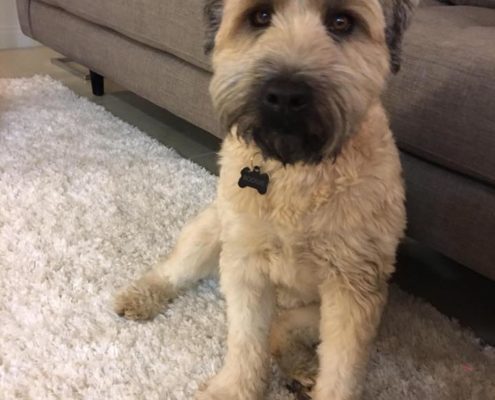 According to KUSI News, Jacobson’s company vehicle was discovered on September 7, just a few blocks from her home; the white Chevrolet Equinox still had the keys in the ignition and the windows were partially open.

On September 20, the Facebook page notified followers that Jacobson indicated that she was headed to Big Bear:

She told a friend she was headed to Big Bear, CA. She was seen in Ontario, CA at 8:30PM on September 2 with her dog Boogie, a Wheaton Terrier. We don’t know where. Her car was found abandoned in San Diego 1/2 mile from her house.

Julia’s sister has stated that “Julia would never disappear,” adding, “she called my father EVERY DAY as our mother recently passed away from breast cancer.” 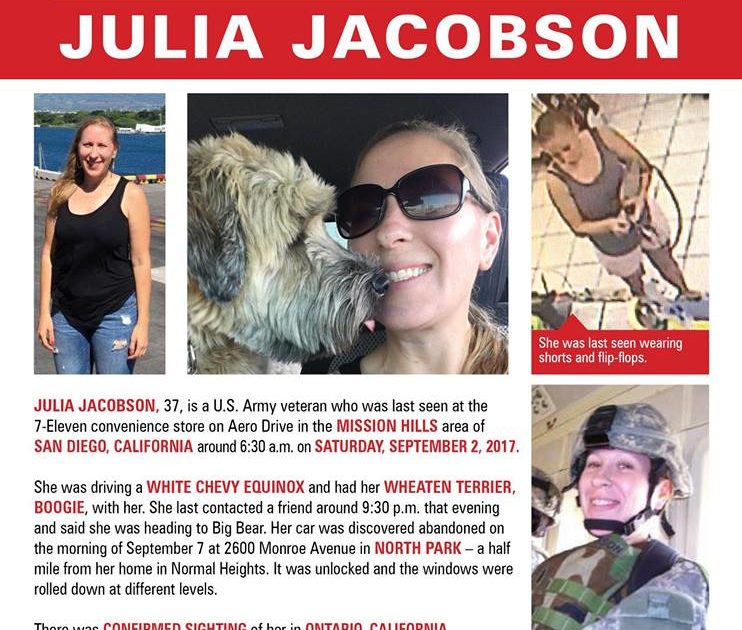 Investigation into cruel experiments on dogs by VA calls on Congress to defund...