You are here: Home1 / News2 / animal cruelty3 / Rottweiler found with ears and nose chopped off 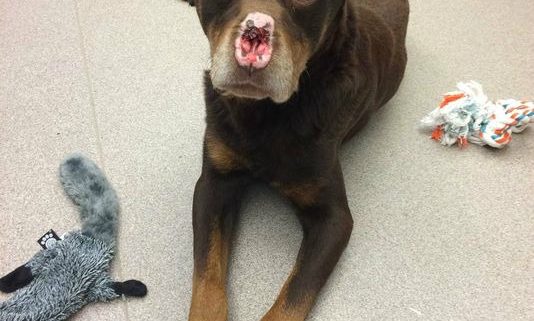 The Michigan Humane Society is offering a $2,500 reward for information leading to the arrest and conviction of the person(s) responsible for brutally disfiguring a brown and tan Rottweiler found near Livernois and Warren on Detroit’s southwest side.

According to the organization’s press release, on January 17, a concerned citizen who saw the dog in the area with his serious injuries, contacted the MHS. A rescue team raced to the site, found the Rottweiler mix and rushed him back to MHS’ Mackey Center for Animal Care in Detroit. Once there, the shelter’s veterinarian staff immediately began assessing the animal’s injuries and working to make him comfortable.  Mark Ramos, a lead investigator for the organization stated:

“It appears that someone purposely maimed this poor dog, which has caused it a great deal of suffering. This kind of cruelty is unacceptable. We need to be a voice for these animals and as a community we need to speak through our strong actions to make sure this doesn’t happen again. This animal deserves justice.”

The friendly chocolate-colored Rottweiler mix had both of his ears cut off, his nose has been cut off, and  he had cuts and abrasions on his back legs. The dog’s tail has also been removed. At this time no one knows who owns the older dog described as being very friendly with everyone. Ramos believes the dog will recover and eventually be available for adoption.

Anyone with information is asked to call the MHS hotline now at (313) 872-3401 and help find the person responsible.

Photo of Rottweiler found with ears and nose chopped off courtesy of Michigan Humane Society. To help with donations, please click here. 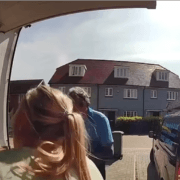 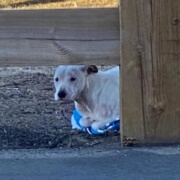 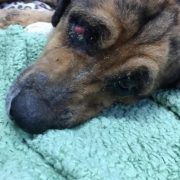 Needed: Kind heart to give senior slated to die just one more chance 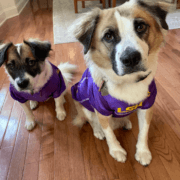 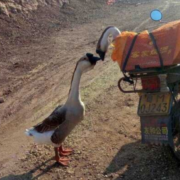 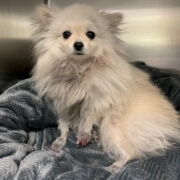 Impaired driver arrested after a dog was injured while being dragged alongside a moving vehicle.
57 replies