The Arizona Humane Society (AHS) has announced the offering of a reward for information leading to the arrest and conviction of whoever slit a dog’s throat. On Friday, the animal welfare agency  announced that $2,000 is being offered for the September 18 incident involving a pit bull found with a severe throat injury.

In a release to Facebook, the shelter described the incident:

Officers from the Chandler Police Department responded to the area of McQueen Road and Warner Road for the report of an injured dog. When officers arrived, they found a three-year-old female dog named Panda with a severe laceration to her throat.

Panda’s condition upon arrival to the shelter was described as “horrific.” In fact, the cut on the dog’s throat was “just millimeters” from her jugular and the shelter noted that she was “extremely lucky to be found alive.”

Panda underwent emergency surgery with Dr. Thompson, the supervising veterinarian at the shelter’s trauma hospital. Today, Panda remains under the care of the shelter’s medical team.

In her time in AHS’ care, Panda, now known by shelter staff as Juno, has quickly stolen the hearts of our team members through her sweet and very loving nature. She will soon head to an AHS Foster Hero home to heal even further. 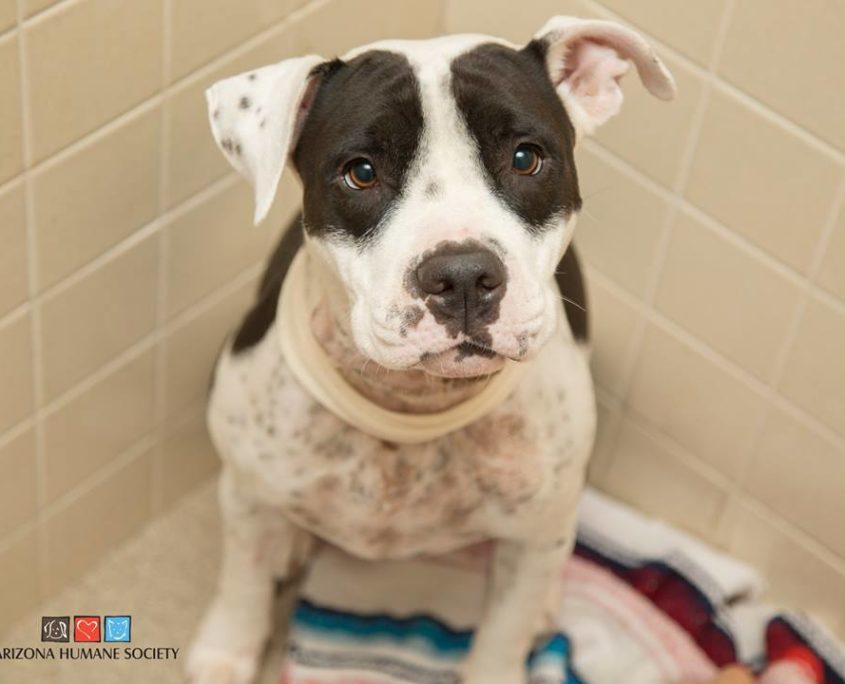 Recently in the news: Heroes rescue puppy buried in mound of trash

This amazing trainer has rescued and adopted over 78 dogs!

Surrendered Senior Dog Has Only Until Monday