You are here: Home1 / News2 / Dogs3 / Rescuers left after determining that this terrified dog was ‘too... 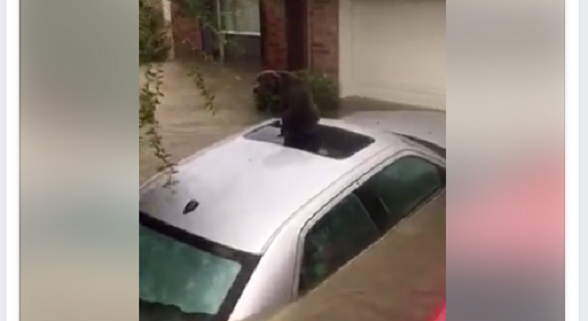 Rescuers who approached a stranded dog in a flood-ravaged portion of Houston, Texas, left after they determined that the terrified dog was too aggressive to save. The dog, sitting on top of a car which is submerged in water, is clearly petrified – everything about his body screams of fear.

When the rescuers slowly approach in a boat, one man attempts to reach out and get the dog from the car, to safety. The dog reacts in fear and the rescuers in the boat back away – determining that the risk is too great to take on.

UPDATE: CBS11's JD Miles can now report the dog was rescued and is OK. He shot this heart-breaking video of an abandoned pet in Houston. The frightened dog was too aggressive for rescue boats, which couldn't safely get close enough to save him. They had no choice but to leave him as flood waters quickly rose around him.

People who viewed the video were torn between outrage and heartbreak. Those emotions turned to elation after word was released that a man decided to get help and try to overcome the dog’s fear. The good Samaritan is identified as Kyle Scott of New Waverly. 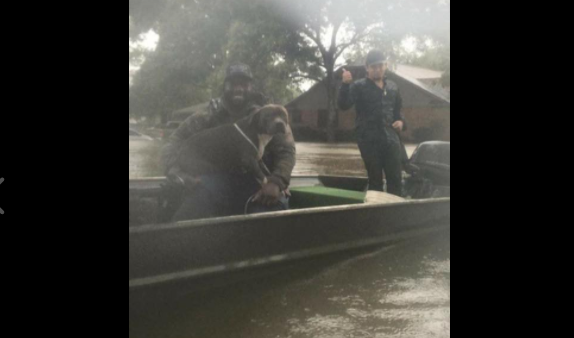 A Facebook user expressed gratitude for the rescuers’ determination:

previous attempts to rescue the dog were unsuccessful, as the dog was perceived to be “aggressive”…but Mr. Scott, with the help of Roy Ethridge, managed to gain his trust and ultimately save his life…and as you can see, “Harvey” (Mr. Scott named him) is anything but aggressive…just a scared dog trying to survive. I want to shake their hand and give all three of them a HUGE hug… 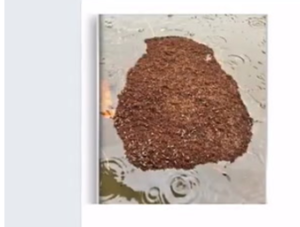 Dog abandoned with heartbreaking note from owner
Scroll to top