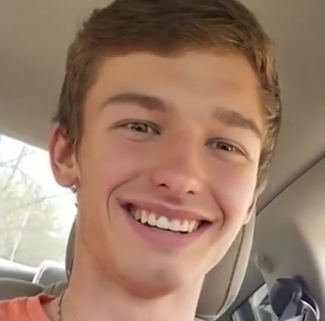 Update 6:30 p.m. (PST): According to KOCO News, Jamie has been reunited with Nathan’s family.

On Sunday night, a mixed breed puppy named Jamie was with Nathaniel ‘Nathan’ Ewing, a University of Oklahoma student who was killed in what is believed to be a robbery. According to News 9, Ewing was shot late Sunday night outside of the  Willow Brook Apartments in Norman – the student was hit in his abdomen and he died the next day, on his 20th birthday.

Now, Ewing’s devastated family is hoping to find the puppy who belonged to their son – Jamie is described as a black and white Labrador retriever/border collie mix. KOCO News reported that a tenant at the apartment complex where the shooting took place believes that the pup was picked up by someone who lives there – the individual who picked up the pup has stated that the puppy was hers.

A reward has been offered for Jamie’s safe return – anyone with information about the puppy’s whereabouts is asked to call 308-440-4519. 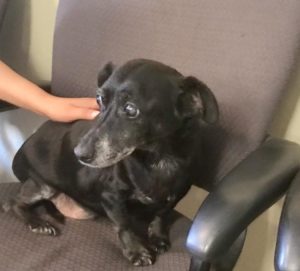