A private security guard, working for a security company in Mumbai, India, was busted for raping a dog after damning surveillance was discovered. According to the Deccan Chronicle, the man accused of the heinous crime is identified as 41-year-old Ram Naresh.

According to reports, Naresh was observed repeatedly taking a female dog into a bathroom for upwards of seven minutes earlier this month – a review of  CCTV footage revealed Naresh’s troubling behavior.

On Sept. 9, PETA India released a statement about the case of bestiality:

The dog who was allegedly abused by the man was found and taken to a veterinarian who determined that she was “in shock,” and was suffering from “a lot of pain.” Her alleged abuser was arrested and taken to jail. 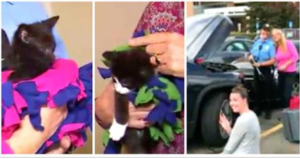 Little boy told that he can choose any pet at shelter – he picks a huge, elderly cat who had just lost his home. Heartwarming story here! 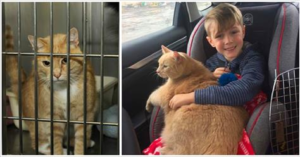 Houndhaven Inc. a no kill shelter near Orlando, Florida
Scroll to top