You are here: Home1 / News2 / animal cruelty3 / Police want this guy – accused of machete attack on a dog 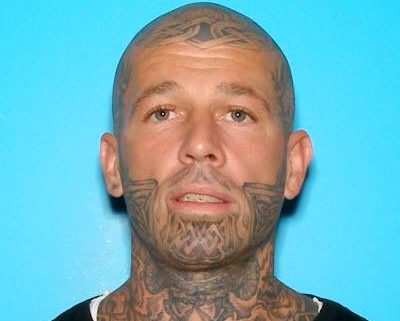 The police are reaching out to the public for helping in locating a guy who allegedly launched a vicious machete attack on a dog. On Monday, the Taunton Police Department reached out for help via its Facebook page:

SUSPECT WHEREABOUTS UNKNOWN
CAN YOU HELP?

The man wanted for the September 18 crime is identified as 45-year-old Thomas Vargas (last known address  in the Brockton area). Vargas is facing charges for 1) Animal Cruelty and (2) Assault and Battery by means of a dangerous Weapon (machete).

The Massachusetts police department reminded area residents about the crime:

As you may recall, on September 18, 2017 a male party attacked a dog outside of a residence in the area of 21 Church Street. Witnesses reported a male subject attacking a woman and her dog.
The suspect was described as a male party dressed in black with tattoos on his neck. When officers arrived the witnesses stated that the male party was screaming “I’m going to kill this ****ing dog. During the attack on the dog the owner was injured as well. The female victim sustained many wounds from the attack.

Anyone with knowledge about this man’s whereabouts is asked to call Detective Pavadore at the Taunton Police Department.

Prior article about this attack here.

Today in the news: Woman who recorded crazy rant about service dog calls “BS” on the claim that it was racially motivated

Hairless dog with horrific case of mange wagged her tail the moment rescuers...
Scroll to top