You are here: Home1 / News2 / puppy3 / Police officer rescues puppy who was tossed onto busy roadway

On Monday evening, someone decided to throw away a puppy. The puppy had been tossed out of a vehicle with his leash still attached – fortunately, a citizen who witnessed the cruel incident was able to flag down a police officer who was helping a stranded motorist on I-270 and Morse Road in Columbus, Ohio. 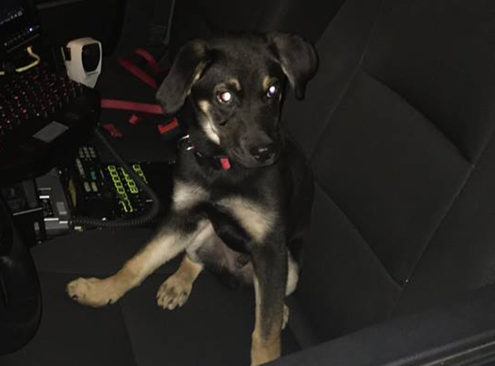 According to the Columbus Police Department, Officer Dave Drenning quickly responded to the report of an abandoned puppy and he was able to rescue the little guy before he was hit by a car.

Officer Drenning and Officer Jennifer Alicea attempted to find the vehicle (described as a blue Toyota) which the good Samaritan reported seeing the puppy tossed from. Though unsuccessful in their attempt, the officers were able to spend some time bonding with the puppy in their cruisers. 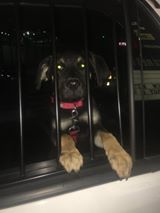 According to the Department, the puppy was checked for a microchip and provided with food and water. Sgt. Aaron Ward added:

We named the puppy Officer Morse (because of where he was rescued Morse Rd. & 270). Officer Alicea found him a temporary home but I’m sure his forever home is coming soon. I will keep everyone posted on what happens next to Officer Morse.”

Man arrested for kicking dog in supermarket
Scroll to top