The post reveals little about how or why the K9 died:

It is with heavy hearts we post that we lost one of our own this morning.

K9 Ranger passed away after assisting on a call late last night.

Please keep FLPD and Officer Kent and his family in your thoughts and prayers.

According to a Twin Cities report, Ranger helped arrest a non-compliant man who was refusing to follow police commands. Not long after the man was arrested, Ranger suffered some type of medical emergency. The dog was rushed to a veterinarian for care, but did not survive.

Dog rescuer refuses to get rid of pets because she is pregnant – instead, takes beautiful photos with them. Read more (and see the images) here. 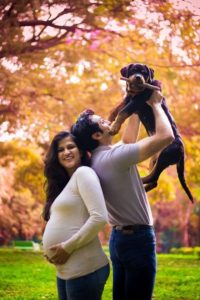