A dog, who may have been suffocated, was found inside of a plastic Walmart bag at a home in Fresno, California. According to the Central California SPCA, on Friday, a neighbor reached out to the authorities after hearing someone beating and kicking a dog.

When a humane officer arrived to a residence in the area of Fresno Street and Ashlan Avenue, the homeowner denied having a dog – evidence at the residence, including food and water dishes, indicated otherwise. The brother of the suspect confirmed to the humane officer that a dog did live there and could be found in the backyard.

“Our Humane Officer requested and received assistance from the Fresno Police Department to conduct a search of the back yard. There, she found a sealed plastic Walmart bag with a small, deceased dog inside. There were no obvious signs of trauma and it is feared the dog may have been suffocated.”

The suspect, whose identity has not been released, was arrested and is facing a charge for Malicious Intent to Harm an Animal. The deceased female Maltese will undergo a necropsy to determine the cause of death. 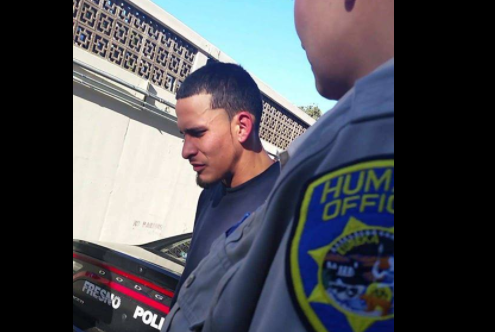 The shelter would like to remind area residents to call and report any possible cases of abuse or neglect:

If you are aware of an incident of animal cruelty or neglect within the city or county of Fresno, please report it to the Central California SPCA at (559) 233-7722 (SPCA).

New this week: Abandoned dog died from a broken heart