You are here: Home1 / News2 / Heartwarming3 / Police find a piglet and his pit bull best buddy 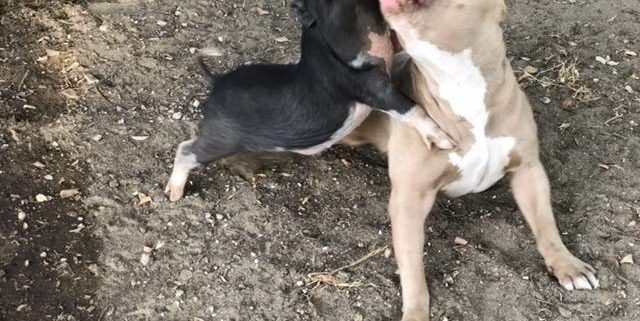 On August 29, police in the City of Fontana were alerted to a rather unique duo wandering in a neighborhood. On Thursday, the Facebook for the department wrote:

The two were found taking a break on a front lawn. Several kids on their way to school were surprised by the pair….it was clear the lil piglet and the pit bull were best buds.

Thanks to an embedded microchip in the dog, the friendly pair were reunited with their grateful owners. The dog, named “Apollo,” is apparently best friends with his piglet buddy “Grizzly,” who was harder for officers to catch than they thought he would be!

The duo’s owner told the police that Apollo and Grizzly are such good buds that they eat from the same bowl, sleep on the same doggy bed, play and swim together. The authorities reminded everyone to microchip their pets, yes, even their piglets!

Recently in the Pet Rescue Report News: Holiday Inn refused family with dogs as they sought refuge from Hurricane Harvey 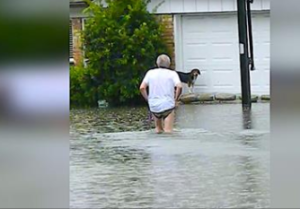 Puppy was repeatedly slammed on the ground after potty accident

Man arrested for beating puppies to death
Scroll to top