A Phoenix, Arizona, animal rescuer has been arrested on a charge of animal cruelty. According to AZ Family, Rebekah Fox, owner of Mavyn Dog Rescue, was arrested on Thursday following the intake of a sickly dog who was taken to the Arizona Humane Society for life saving care.

A video, posted to Facebook, shows the pitiful condition of the dog in question – according to the social media post, two dogs were removed from the rescue group and one had to be humanely euthanized. A portion of the December 7 post reads:

This dog and one other dog were removed from Mavyn Rescue in Phoenix by some people we know. The people that removed the dogs did so after they were contacted by Mavyn Rescue, One dog was rushed to the ER Vet where she had to be put down. The dog pictured here was taken to the Arizona Humane Society.

Also, a number of Rabbits in poor condition have now also been removed.

We are hoping the Arizona Humane Society opens an investigation into this Rescue. Where are told that this Rescue may have other dogs, or may be still taking other dogs in. 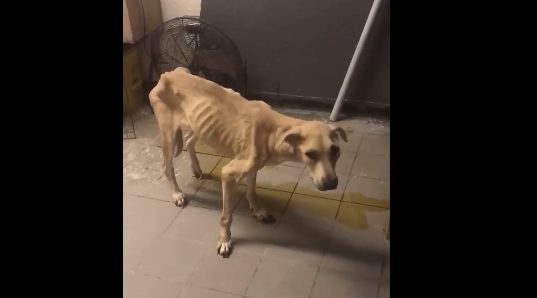 After the sickly dog was turned over to the Arizona Humane Society, the local authorities launched an investigation. The dog in the video is still alive and recuperating from the effects of Valley Fever. The animal shelter provided AZ Family with an update on her condition:

“She’s a very sick girl but has put on a little weight. She is currently in an AHS foster hero home and being treated through AHS’ trauma hospital. We anticipate she will be in foster care and treated through our trauma hospital for several months to come. Once she is feeling better we will also have our behavior team work with her on trusting people, gaining confidence, etc.”