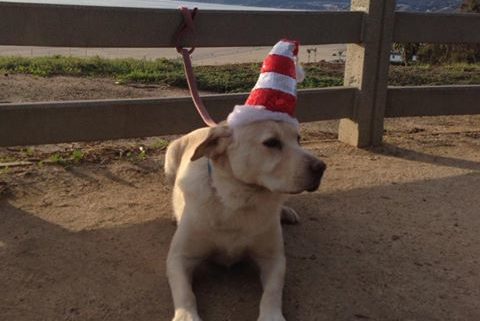 A yellow Labrador retriever named “Phineas” has died. The dog had a storied life – from being accused of biting a child, seized from his family, placed on death row, stolen from a veterinary clinic and then finally, after a lengthy legal battle, returned to his family.

Thousands of followers of the Friends of Phineas Facebook page learned that the dog had been diagnosed with an aggressive cancer in late March – the dire news was posted to the fan page on March 27 by Joe Simon, the attorney for Phineas:

Although Phineas is in good spirits, I am sorry to inform all of you that he is not well. He has been diagnosed with an aggressive cancer. The prognosis is not good but you can rest assured he will be provided with all necessary care. We will keep you up-to-date. Thoughts and prayers are appreciated.
As always, thank you for your support.

A few days later, the news was worse…Phineas was on steroids which were supposed to help stimulate his appetite, but he still was not eating, and he had also stopped drinking.

The inevitable end was announced on March 31:

RIP Phineas. You were deeply loved and will be sorely missed. In the coming months and years, the story of your wonderful life and the struggles you overcame will be used to benefit thousands of your brothers and sisters. See you on the other side Little Buddy.

For those who were not familiar with the life and times of Phineas – he was ultimately cleared of wrong-doing (an expert cleared him) and finally returned to his family. His attorney, who fought for his life, was Phineas’ hero.

Someone abandoned an ailing senior dog along a road – read the story here. 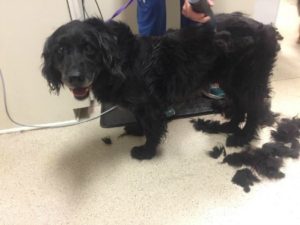