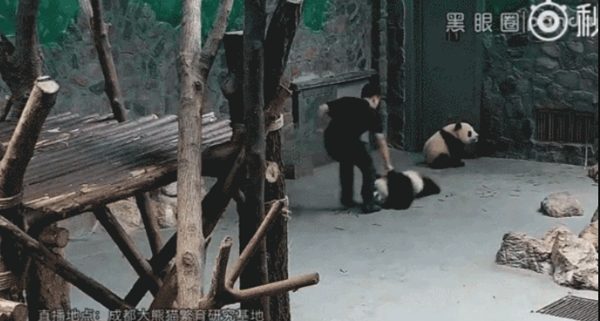 At China’s most prestigious panda breeding facility, a video recorded on July 12, which has since garnered viral status, seems to be showing a keeper mistreat two panda cubs. At the Chengdu Research Base of Giant Panda Breeding, one of the staff members appears to throw, push and drag two cubs. 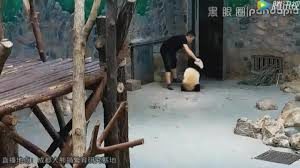 “It bit my hand really hard, its teeth cut into the flesh and my hand started bleeding,” Mr. Jingpeng stated. “When it tried to bite me again, I pushed it away out of instinct.”

The cubs, Rourou and Manman are seen following the keeper out of the door of their enclosure. Animal advocates criticized the keepers in a country where pandas are the national symbol. Once pandas reach a year or two old, they can become violent from too much external stimulation.

Xie Huhai, another bear keeper, says he is often injured by the cubs indicating that scratches and bites are common occurrences, however the men have assured local news outlets the pandas will be treated “gently” even when they try to bite or scratch. 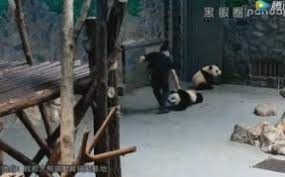 Nevertheless the criticism about the treatment of the cubs continued on Weibo, the popular microblogging site:

“It made me so angry to watch him throw a defenseless cub around. If he was so worried about his safety, why wasn’t he wearing protective equipment like gloves?, ” one blogger wrote.

Although pandas have been removed from the “endangered” list with numbers at 2,000 giant pandas with their population slowly increasing, the adorable looking bears are still classified as “vulnerable.”

Photos via screenshots of video. What do you think? 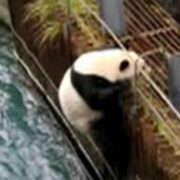 Giant panda rescued from drowning after falling into dam
11 replies

Sad, people wanted puppies, but left their mom behind
Scroll to top