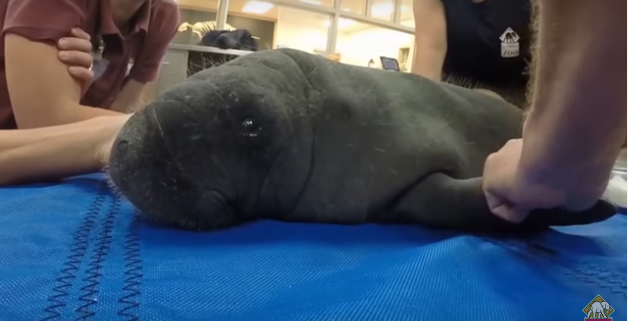 An orphaned baby manatee, dubbed “Emoji,” passed away days ago. The calf had been rescued in October by the Florida Fish and Wildlife Conservation Commission. Little Emoji, just weeks old at the time, was critically ill and his stomach was found to be full of plastic bags and trash.

The calf recuperated under the care of the Lowry Park Zoo, and though he appeared to be recovering from his poor state of health, he passed away. On January 31, the zoo updated Facebook followers of the calf’s tragic passing:

We are deeply saddened to share that early Monday morning, Emoji, our rescued orphaned manatee calf passed away.

The zoo noted that Emoji’s death is sad reminder of the deadly impact that trash from humans can take on wildlife:

Emoji is a tragic illustration of the consequences that simple human actions, like throwing trash away in waterways has on the world around us. Alongside helping educate the public about manatee care and the dangers of pollution, Emoji allowed the Zoo’s veterinary staff to learn more about critical manatee care. Our findings will benefit future manatee research and breakthroughs.

TLPZ remains steadfast in our commitment to the rescue, rehabilitation and release of manatees. We will also continue our campaign to develop a manatee emoji, now as a memoriam of the young calf and a way to educate the public on the dangers that face this species in the wild.

We will miss you, Emoji.

No room has gorgeous dog, with soulful eyes, tucked away from adoption area