You are here: Home1 / News2 / Odd News3 / Oregonian claims that they lost their pet giraffe 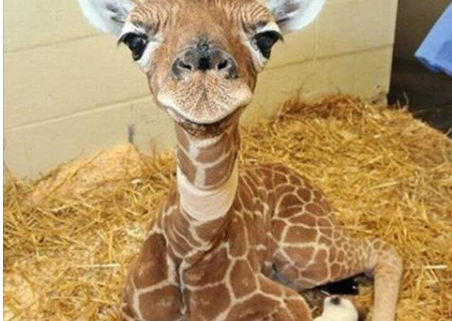 An Oregonian has claimed that their pet giraffe calf, “Raffi,” is on the loose in Beaverton. The strange claim was made in a Craigslist ad under the Portland “pets” section.

The ad states that the calf escaped from his home after landscapers damaged fencing, allowing the giraffe to run free. They advised that the calf could be mistaken for another animal:

At this age, they are easily mistaken for a deer or even a llama, as nobody expects to see a Giraffe in Beaverton.

And yes, we have the correct permits…

The Craigslist poster added the location of their lost calf:

South side of Cooper Mountain, off Grabhorn Rd. near the quarry. Probably went downhill towards vineyards…loves grapes.

Although the ad advised that the authorities have been alerted and that people should call 911 if Raffi is spotted – the Beaverton Police Department doesn’t seem to be on board with the claim. On Saturday, a post about the “lost giraffe” was made on the department’s Facebook page:

Despite social media reports we are not searching for a baby giraffe. They are cute and we would search for one if they were missing.

So for now, this appears to just be “fake” giraffe news.