You are here: Home1 / News2 / animal cruelty3 / One pup didn’t survive infestation – another struggling and...

One puppy, seized from a man in New York, was so severely infested with fleas that it did not survive and another is struggling to live. According to the SPCA serving Erie County NY, Timothy Strobele of Sage Avenue in Buffalo is facing multiple animal cruelty charges for the condition of his pets. 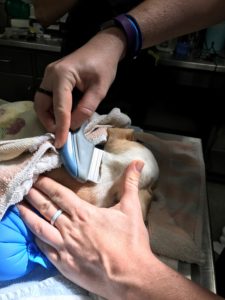 On August 3, the animal welfare agency updated its Facebook followers about the case:

Resting comfortably today after a long few weeks are the puppies rescued yesterday with severe flea infestations. Sadly, one puppy did not survive, and another is still in critical condition. Six pups are responding well to treatment, and three adults are still in ICU.

In a press release the SPCA stated:

The animals were rushed to the SPCA’s 300 Harlem Rd., West Seneca shelter infirmary where members of the Veterinary Department are removing the fleas, examining the dogs, administering fluids, giving baths, and more. One young puppy estimated to be five weeks old is in critical condition and oxygen is being administered.

The man accused of the extreme neglect of his pets will have to appear in court on September 14. 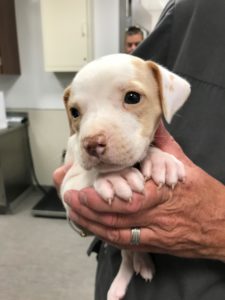 Recently, the BC SPCA highlighted the plight of a dog named “Rascal” who also nearly died from a severe flea infestation – the dog lost 85 percent of his blood from the blood-sucking parasites. Read the story here.

Do you have a story idea? Please email me at Eims1@live.com. 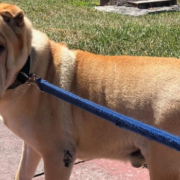 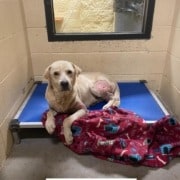 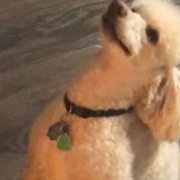 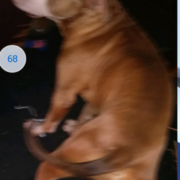 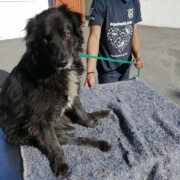 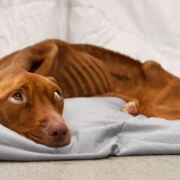 Update on forgotten ones: Terriers found huddled together in old tire
9 replies

Owner requested euthanasia, ‘Just kill it, we aren’t taking it ...