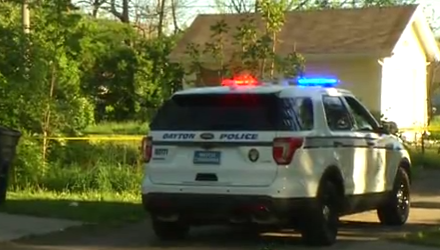 A man in Dayton, Ohio, was fatally mauled by a dog who broke free from its chain in the early morning hours on Tuesday. According to NBC4i News, the middle-aged man, who is described as an “innocent victim” in this tragic incident, was walking in an alley around 4:40 a.m. when the dog broke free from a chain and launched an attack.

Residents in the area could hear the man’s screams for help, as well as the sounds of dogs barking, but help did not arrive in time. When the authorities arrived, the man was found with severe injuries – he was transported to an area hospital and pronounced dead.

A search was instigated for the dog responsible – after the police found the suspected dog, they shot him to death. Three other dogs were found on the same property where the attack took place – the dogs have been removed and taken to animal control, but an owner has not yet been found.

The identity of the victim has not yet been released.

Long-term chaining of dogs is known to cause frustration and aggression – in many cities, prolonged tethering of dogs is against the law. 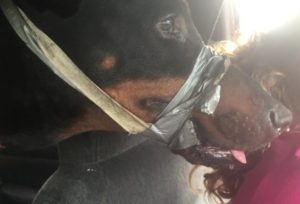